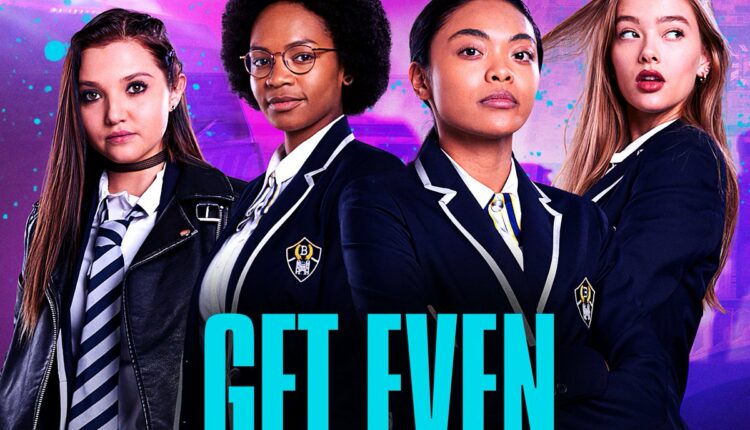 The ideal world we all dream of is fair as well as it treats everyone equally! So in a perfect world, bullies and bad people get their punishment. It is what the new teen series is all about. “Get Even” is BBC’s original series based on the book series “Don’t Get Mad” by Gretchen McNeil. The creator of the series is Holly Phillips. The series premiered on February 14, 2020, and now it is available on Netflix too!  The series is about a group of schoolgirls who teamed up to expose the bullies at their school.

Read to know more about the drama series and when you can watch it on Netflix!

The series initially premiered early this year, on February 14, 2020, by BBC iPlayer. Now the show will be available for us to stream on Netflix! We’ll be able to watch the first season of “Get Even” on Netflix from July 31!

The cast includes Kim Adis, who plays the role of a girl named “Kitty Wei,” who is pressured by her parents’ high expectations. Mia McKenna-Bruce plays the role of “Bree Deringer,” daughter of a rich father who always gets in trouble at school. Bethany Antonia plays the role of “Margot Rivers,” who has a few school-friends. Jessica Alexander plays “Olivia Hayes,” who is a typical popular girl.

The series of ten-episodes is about the girl’s Kitty Wei, Bree Deringer, Margot Rivers, and Olivia Hayes. They form a small clan to stay anonymous and named it DGM (Don’t Get Mad). They come together to reveal the bullies of their school. They started targeting the bullies with various pranks. The pranks were supposed to expose the nasty ways of the bullies. However, things took a significant turn when one of their targets ended up dying, which caused them to panic.

Even though they were doing the good deed of delivering justice to the students who got bullied, they found themselves getting framed for the murder of their target Ronny. An unknown attacker murdered him, and when they discovered his body, there was a note in his hands saying, “DGM.” They realize that somebody is trying to frame them for his murder.

The girls planned to uncover the real killer of Ronny. Hence they start a new mission to find the truth about his death. Along with all this drama, they also face the usual teenage troubles! Their first love, tests of friendship, examination stress, assignments deadlines, and what not!

Audiences from all over the world have loved the series. The unique plot of the show got praised as it shows the dark problems of the society faced by the modern world. Bullying and mental issues were portrayed so decently on the show! The show has an IMDb rating of 6.8/10, while each episode was rated 6.3/10. Some even have been rated 7.8/10 or 8.2/10.

The trailer of the show was released on February 11, 2020, by BBC. Watch the trailer for the season below!

Government launched ‘Mausam’ app, accurate information will be available for the weather of 450 cities