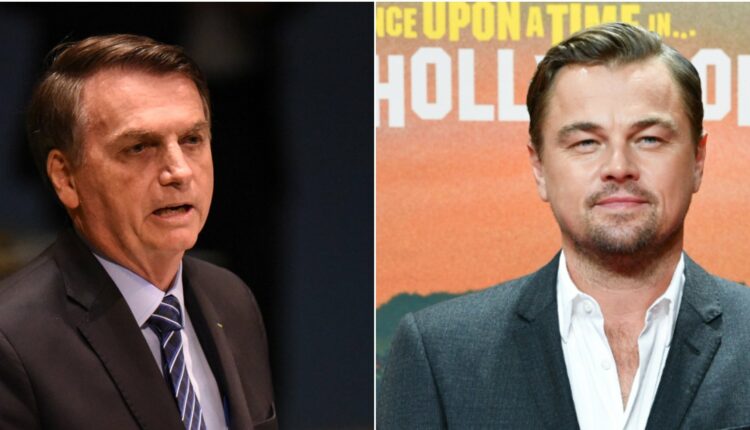 Leonardo also clapped back at the Brazilian president for falsely accusing him of funding Amazon fires.

The Brazilian president is a big supporter of far-right ideologies, in the past, he pledged to run numerous NGOs in Brazil. On Friday, while speaking to a small group of his supporters Bolsonaro made this accusation. Where he said, “This Leonardo DiCaprio’s a cool guy, isn’t he? Giving money for the Amazon to be torched.”

The actor, on the contrary, donated $5 million to his environmental organization, “Earth Alliance” to help protect Earth’s Lungs after the horrific fires destroyed the majority of Amazon. No immediate action was taken by DiCaprio’s press team on the accusation.

President remarks are the part of a larger picture that campaigns against such nonprofit environment organizations present in Brazil. Bolsonaro’s board argues about public society organizations and environmental regulations that create problems for the better economic development of their country.

Deforestation and destruction caused by wildfires have reached an alarming stage. Where on the other hand the President and his board are busy promoting construction even in the protected Amazon forest.

However, these volunteers were later proved innocent and released. The judge’s prosecution reasoned that land-grabber should be treated as the primary suspect for fire rather than investigating volunteers and their organizations.

In August 2019 also Bolsonaro accused NGOs of the burning of Amazon. He pointed fingers at nonprofit groups when the world’s criticism was at a peak for his policies on increased land-clearing in Amazon.