Genelia D’souza Is Back On Screen! Actress To Host “Ladies Vs Gentlemen” With Hubby Riteish 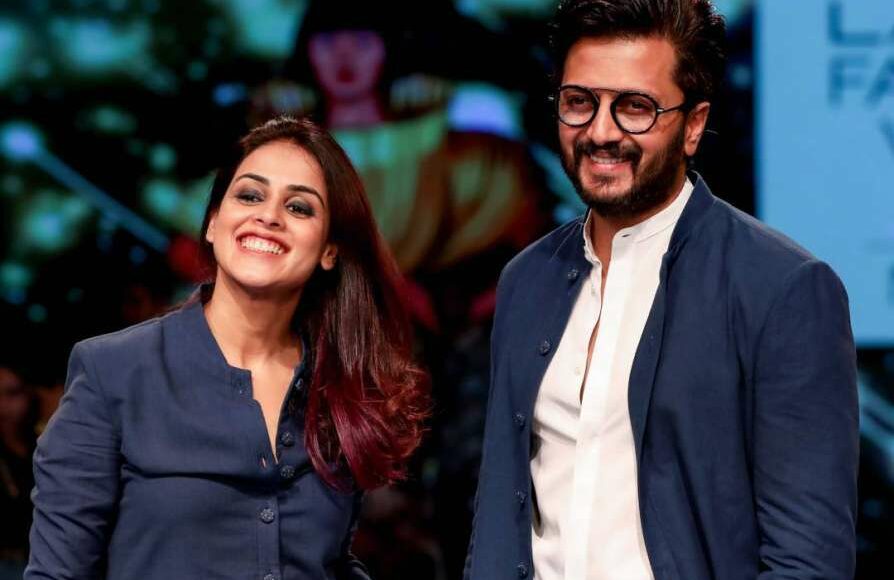 Bollywood couple Riteish and Genelia Deshmukh be hosting a new show titled “Ladies Vs Gentlemen”, that aims to settle the age-old gender debate. The show airs on the Flipkart app on November 18. The actress, who worked in the film industry previously all delighted to work with her husband again.

The digital show titled “Ladies Vs Gentlemen”, is an interactive poll show that will ignite some over the top arguments, and sometimes agreement between both the genders. Riteish and Genelia would turn up as hosts for this show. The audience would get to see some heated talk between the two teams, team Ladies versus team Gentlemen. The audience will also get to see other Bollywood celebs as panelists such as Karan Wahi, Karan Kundra, Vikas Gupta, Nia Sharma, Tejasswi Prakash, Bani J, Rashmi Desai, Paras Chhabra, and Rithvik Dhanjani.

Genelia expressed her excitement to be working on the screen again and getting back to work with her hubby Riteish. She said that ‘Ladies Vs Gentlemen’ is an engaging show that gives everyday discussions and scenarios a unique twist, said the actress. She added that the instances and examples shared by the panelists and small differences in opinions which might turn to some good level of argument will surely entertain the audience. She also mentioned that working for the show was like a walk down memory lane for the couple; they cited so many instances from their own lives. Genelia was immensely excited to share her experiences and to talk about the show

Riteish, who had made his acting debut with the 2003 film “Tujhe Meri Kasam” on the other hand said that hitting the panelist with tricky questions that can escalate really quick was both challenging and fun at the same time. He also mentioned that co=hosting with his wife Genelia was very special for him.

The couple also talked about the show and how they were learning about each other throughout the show, through some day-to-day instances. Riteish and Genelia will be seen hosting “Ladies Vs Gentlemen” with the panelists in fun banter and animated conversations in the show.