The Witcher 3 is undoubtedly a gaming masterpiece of this generation. Its continued popularity can judge its immense impact in the world of gaming even after five years of release. The video game already had a huge fan base. Still, it shot even further up after the premiere of the eponymous tv series. Now the developer plans to add more fans to the most renowned gaming franchise.

CD Projekt Red has recently announced that they will release a new edition of The Witcher 3: Wild Hunt. The new version will be available on PS5, Xbox Series X and, interestingly enough, PC. It will also be the complete edition of the video game. Therefore, it will include all the previously released DLCs, so that the next-gen players can enjoy the full experience. However, that’s not all. CD Projekt Red has further revealed that the upcoming game will be a massive improvement from its predecessor. The next-gen version will fully utilise the SSD and the ray tracing feature that comes with PS5 and Xbox Series X. So, the game will not only look better, but it will also load faster than ever. 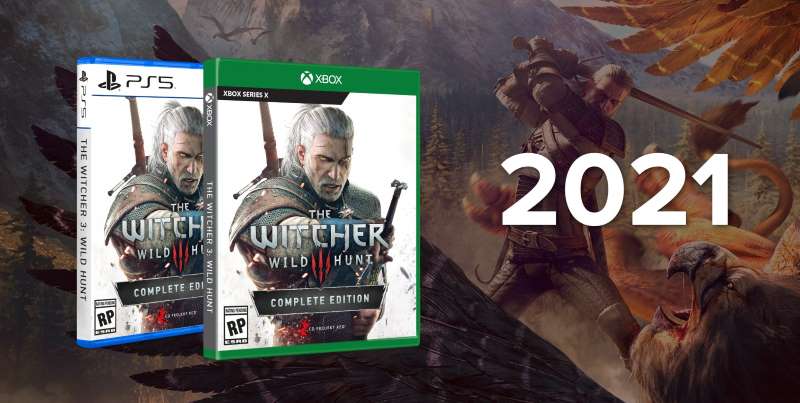 The developers have not revealed anything about its release date. Reports suggest that the upgraded version will come out in 2021, after the release of Cyberpunk 2077. New users will, of course, have to buy the game for the respective consoles they own. However, an already existing user, who owns the game on PC, PS4 or Xbox One can upgrade their game to the new version. Furthermore, the upgradation won’t cost a dime, as the developers have made it free for the ones who already own a copy.

Overall, it is terrific news for gamers. The action-adventure RPG still enjoys immense success and offers many many hours of gameplay. And the upgrade will allow new gamers to join in the lore and enjoy the magnificent experience the video game offers. Usually, publishers port their games to next-gen as is, without any notable changes. Thus, CD Projekt Red’s decision to release an upgraded version of The Witcher 3: Wild Hunt is a refreshing and welcome change.