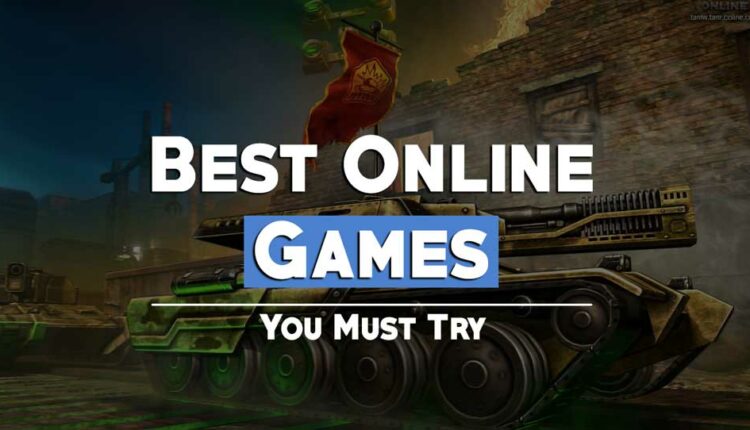 Online gaming has been the major timepass in 2020. It’s corona time and most of the youths and people are nowadays engaged in online gaming. In recent times, some of the best online games have come into action with their unique design, outlooks, templates and many more. Games are updated with the new tactics to beat the opponents. With the passage of time, new games are introduced with the best in-built features.

Let’s know about the best online games in 2020:

Developed by PUBG Corporation in the year 2018. PUBG has gained immense success in the last two years. It has more than 50 million online players. Portable on XBOX, iOS, PC, ANDROID. This game has taken online games on the next level. It is based on armour, H1Z1. PUBG has brilliant graphics and real situations where a map and a mission is assigned with more enemies hiding and have to kill your opponents and win the game. This game can connect with around 99 players at a time.

This online game gives you time enjoyment while playing. It has some amazing graphics and designs inbuild in it that provides the real essence of the online games. It is the turn-based strategy blueprint provided by its officials, but this amazing game has many features that introduce Breach system, and interleaved turn mechanics and generally more amazing with its future earth settings. It is easily available for the longtime fan of this series. Its originators are working hard to provide with a better experience by providing new modes and gameplay experience for the Base games.

Developed by epic games in the year 2017. Portable on XBOX, iOS, Android, PC. This game is in second place in the gaming section 2020. It’s leading in the list, but this game has graphics related to boys while PUBG has taken for both genders. This game has more features, equipment and game-stages with much greater no.of players. It includes around 39 million players on its desk.

Developed by Riots games in the year 2009. Portable on XBOX,iOS, PC, ANDROID. Around 27 million players across the globe make its third-highest surfing game in 2020. The players have control to pick their champions that can compete with other champions later on in this game. It has amazing graphics and the starting of the game carries away every player. It’s a multiplayer action game with RPG.

Combining with futuristic science fiction gaming opportunity and amazing playing experience has made it one of the topss played games in 2020. Wargrave is one of the most impressive action games available right now. Can play on PC and on your smartphones. Around 26 million players are enrolled in this platform and are experiencing the power of this game. It still serves as an excellent example of the technical capabilities of both XBOX and Playstation4. It includes customization options to change and refill your armours to fight in the war. Seven different parkour moves allow you to navigate hard to reach in areas and get the drop on enemies.

This game has taken up gamers in the mode of 1997 classic with ridiculous details and designs of the game. It is set in Midgar and will have to set up characters which add richness and depth to the game. Gives everlasting experience with different challenges all around the game. Available on PS4 with revoked combat designs, graphics and reuniting with cloud and the gang is breathtaking.

Available on the platforms: Valve Index VR, HTC Vive, Oculus Rift, Oculus Quest (PC Link), and Window Mixed Reality. It is the best virtual reality experience game and can be installed in your PC and can keep you busy the whole day long. Half-Life Alyx competes you with real-life experience and the lasting you to be in dreams. This is the fame that stays for a long time. It is set between the events of half Life and half life-2. It was released on 23 March 2020 by Valve. Mike Morasky composed it.

It was developed by Nintendo, released on 20 March 2020. It is the fifth in the animal crossing series. Available on Nintendo Switch. It is designed as a character who moves to the deserted island after purchasing packages from Tom Nook, a tanuki Character. Players can explore the island in a nonlinear fashion, gathering various stuff and completing their tasks. This game was a great success for its developers by selling 5 million digital copies in its first month and breaking the console game record for digital units sold in a month.

It is the third person video game developed by Rebellion developments. The sequel of 2015 compilation game Zombie Army Trilogy, itself a snipped elite series. It was released on 4 February 2020, available on the platforms PS4, XBOX ONE, Microsoft Windows. The game is set in 1964 after Adolf Hitler was defeated by the resistance and banished to hell.

#10 Journey to the Savage Planet

Journey to the Savage Planet is the 2020 adventures game developed by Typhoon Studios and was published by 505 games. Available on the platforms like PS4, XBOX ONE, Microsoft Windows. It was released on 28 January 2020. Played by the first person, in the game players are asked to ARY-26, a colourful. Planet explored by various aliens transforms. The main task is to catalogue flora and fauna and collect resources needed to complete the tasks. The game can also be played with another player as well.