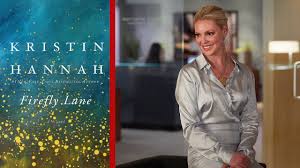 How do you define a best friend? Everyone in this world has this one person without whom they can not imagine their lives. That special person is mostly never a family member but we love them as a family. We meet them coincidently. Maybe, we were first rivals, or we initiated the friendship, the result of either case, they are our best friends. Firefly Lane represents this pure bond of friendship between two girls.

This Netflix original will make you feel that how a stranger can be your every possible relation. When will it hit Netflix’s screen? Who is in the cast? Fret not guys, I have got your back, but first, grab your bestie.’

Netflix ordered Firefly Lane back on 22 February 2019. As the first week of February belongs to the friendship, Netflix took advantage of the opportunity. Firefly Lane lands perfectly on 3 February 2021. The filming for the series started in September 2019. Mark the date! Keep all your snacks and the best cuddler, who is, of course, your best friend when you tune in Netflix on the day.

The series showcases a strong bond between two girls over decades. Firefly Lane is based on the infamous novels, Firefly Lane and Fly Away by Kristin Hannah. The girls first met on the bus and from then on, they were never riding a bus alone. But friendship comes with insecurities. When you are insecure around the person you share everything with, what will you do? Will you confide? Maybe Kate can teach you how to face the insecurities. You will be either envious and beating your best friend for not being like that way, or hug them tight, feeling blessed.
If you are in your teens then try to be like these two girls and make your bond like theirs. If you are in your 40s, and still with your best friend, then trace your journey backward with Tully and Kate. Do you want a comedy after a drama? I have one more suggestion for you. Netflix’s upcoming, The Crew will satiate your desires. Stay tuned to us for more such updates.

Trailer: That’s how the girl best friends look like

Watch the trailer and tell us in the comments about what do you think of Firefly Lane.