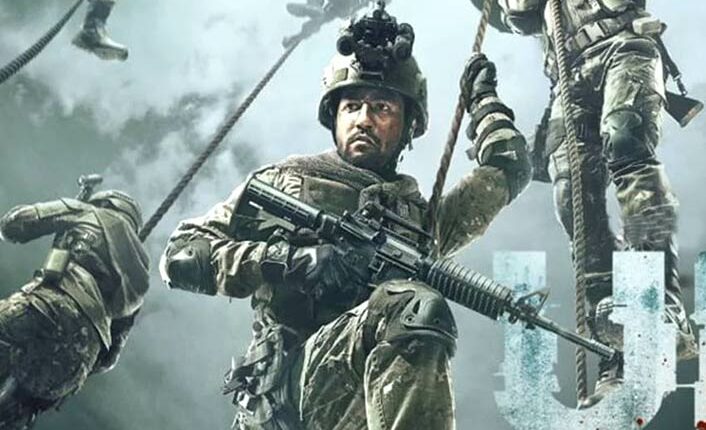 URI: The Surgical Strike: IMDb is the most authoritative source of Movies, series, celebrity content, and related stuff. Good IMDb rating indicates how good that movie or series is. Many of you don’t even know that this Internet Movie Database (IMDb) is owned by Amazon. Recently, Vicky Kaushal’s film URI: The Surgical Attack bagged the first position among top rated Indian films on IMDb. It has got a rating of 9.1 and 19817 votes.

Rajesh Khanna and Amitabh Bachchan’s film Anand (1971) is now shifted to the fifth position. It was on position one a few days ago.

Being 2019’s first blockbuster, URI has already made a place in everyone’s heart. It released on 11th January It crossed 200 Crores mark. This movie is produced by Ronnie Screwvala and it is directed by Aditya Dhar. It features Vicky Kaushal and Yami Gautam in lead roles. Another cast includes Mohit Raina, Paresh Rawal, Kirti Kulhari. URI is based on the Indian army’s surgical strike on terrorist camps in Pakistan as a revenge for the attack on URI.

The dialogue of this movie ‘How’s the Josh’ is getting famous like anything. Vicky Kaushal has become megastar after this movie. This film has got more than 700 user reviews on IMDb and almost all those reviews praised the story, cast, and direction. People used words like masterpiece, sheer brilliant and must watch all over. URI left behind many amazing Indian films like Taare Zameen Par, AndhaDhun, 3 Idiots, Queen, Dangal, Rang De Basanti etc.

The film called Vikram Vedha with 8.8 rating is in the second position with 17589 votes. The third position is secured by Anbe Sivam with 8.8 rating and 12664 votes. Nayakan  ( Tamil ) is also rated as 8.8 and managed to secure 4th place with 12818 votes. Anand is on 5th position. After this top 5 movies, AndhaDhun, KGF chapter 1, Black Friday, Amol Palekar’s movie Golmal, Dangal, Jane Bhi do Yaro, Vishwaroopam, 3 Idiots, Tare Zameen Par, Tumbbad, Bahubali 2, Drishyam, Shahid are there.

This rating keeps changing but being on the top list is one of the accolades for the film, cast and production house. Income of the URI is now slowed down but it is still running in theaters.