That is also a comedy film about a hidden treasure in Goa. Total Dhamaal trailer suggested this movie to be super hit already because of its cast, comedy, and story. This is going to release on 22nd February 2019. This movie is directed by Indra Kumar. Indra Kumar promised that this installment of the Dhamaal Franchise is better than the other two.  It is the collaboration between Ajay Devgan and Fox Star Studios.

Earlier this month in Pulwama, 40 CRPF Jawans were killed when suicide bombers hit an automobile full of explosives into their bus. The terror group called Jaish-e-Mohammed which is based in Pakistan is held responsible for this attack. After Pulwama terror attack, Ajay Devgan decided that Total Dhamaal won’t be releasing in Pakistan.

Ajay Devgan tweeted that keeping the current scenario in mind, the team had decided not to release Total Dhamaal in Pakistan. His co-star Riteish Deshmukh also tweeted the same.  Ajay Devgan and his team donated Rs 50 Lakh to martyr’s families.

Along with Ajay Devgan, Tigmanshu Dhulia also announced that he will also not release his film Milan Talkies in Pakistan. This film features Ali Fazal, Shraddha Srinath, Ashutosh Rana, Sikander Kher. According to Dhulia, many films get pirated in Pakistan so that is also one of the reasons to release his film there. Milan Talkies is going to hit the screens on March 15, 2019.

Likewise, Dinesh Vijan who is the producer of films Luka Chuppi, Made in China, and Arjun Patiala also decided not to release his films in Pakistan. He announced about canceling the contract with Pakistan distributors of the film. Luka Chuppi is releasing on March 1, 2019, and Arjun Patiala is scheduled to be released on May 3, 2019.

The decision of Indian filmmakers is being admired by the whole country. 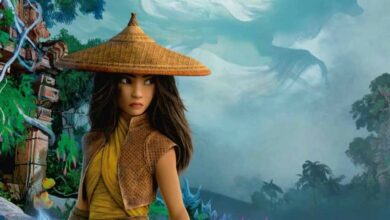