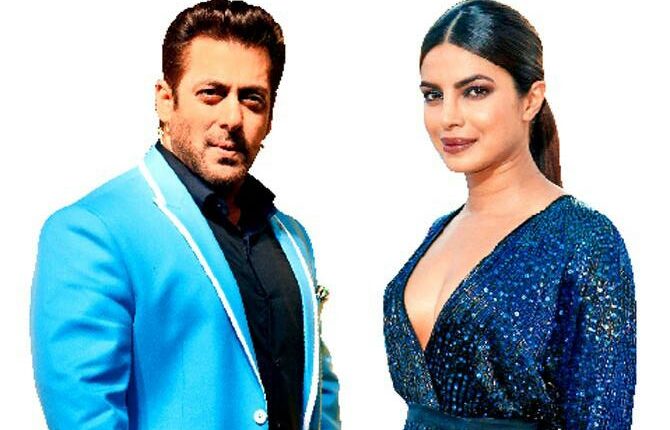 Salman Khan recently took a dig at Priyanka Chopra for dumping his movie, Bharat. He said that Priyanka Chopra missed an opportunity to do the biggest film like Bharat in her career.  This triggered the singer Sona Mahapatra and she trolled Mr Khan for his comment. When she did this, one of Salman’s fan threatened Mahapatra for making a comment on Mr Khan. The war happened on Twitter and Salman Khan hasn’t replied yet to any of it. Let’s have a look at what exactly has happened.

During media interaction, Salman had told that Priyanka Chopra was eager to do this film, but she changed her mind when Nick proposed her. Then filmmakers took Katrina Kaif, who was first being considered for the film. He said, “Initially, Priyanka was very keen to do this film. Ali (director Ali Abbas Zafar) and we all thought it was Katrina Kaif’s film. But Katrina and I did ‘Tiger Zinda Hai’ just before that and Ali said that we need a girl who is ‘Hindustani’. I tried telling him, ‘Why can’t she (Katrina) pull off this role? She has been living in India for the last 20 years. But then Ali said, ‘Priyanka ka phone aaya tha… (we got a call from Priyanka)’ and it is also true that Priyanka and my sister Arpita Khan are good friends.”

He further added, “After all this, the ‘Nick story’ happened, the embarrassing thing happened and she chose to get married. Look, she did the right thing. She did what she wanted, and Katrina got what she deserved. She (Priyanka) informed us five days before the schedule was supposed to start… she must have thought that in this way I would get upset with her and will never work with her. She spoke to me saying, ‘Nick has proposed to me and I want to get married, so there will be some date issues’. I said, ‘Sure, get married, we can adjust those two, three days.” Salman offered her a date change according to her convenience, but she said that she didn’t want to do the film.

We hope both actors sort this out and get along again.