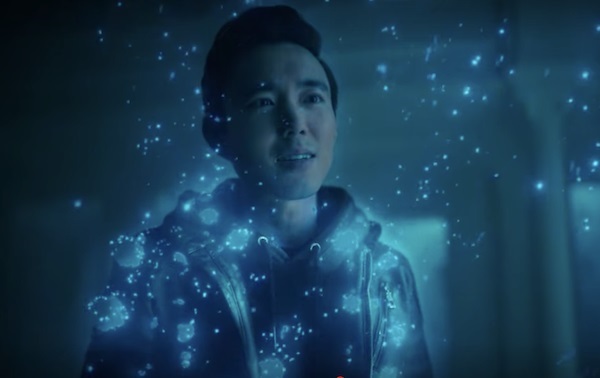 If you liked avengers or other DC superheroes this one is a game changer to other superhero series. There are seven kids born on the same day who have special powers. Reginald Hargreeves buy these kids and train them to save the world. The story has time travelling, superhero vibes, magical fantasy, romance and more!  Keep reading to know everything about the upcoming season.

The release is not yet confirmed, but after the end of season one, there were many unexplained scenes which might lead this series to season 3. But the season might return at the end of 2021 or early 2022.

Aidan Gallagher, Ellen Page, Robert Sheehan, Tom Hopper, Emmy Raver-Lampman, and  David Castañeda will return in the upcoming season as the umbrella academy. Ritu Arya aka Lila will return in the next season to join the six members of Umbrella Academy. There are mixed signs if Kate Walsh, aka the handler, will return to the show. Because she has been the handler, who works in the timeline department, she might have seen her death, so maybe the character might return.

Justin H. Min aka Ben was the cutest character which returns to the show but developing a new style and a new team. Yes, you heard me character Ben is alive!  Reginald Hargreeves aka Colm Feore will return to the show as the apocalypse didn’t happen. Six new characters will be added, including Ben being one of the six members of Sparrow Academy. Yes, Sparrow academy and not the “Umbrella Academy”.

The plot will continue from 2nd April 2019, yes the members of the umbrella academy have made it back to their timeline. However, the team has changed according to Sir Reginald, the father figure of seven members of Umbrella Academy. And yes Sir Reginald is alive in the period along with Ben being one of the members in Sparrow academy. We also see that Vanya’s has a lover in the last season in the year 1963. Wherein the lover’s kid develops the powers of Vanya. He can also be one of the reasons why history changed.

They changed the history this time with stopping the apocalypse. Now, five more characters will be introduced in the upcoming season as we saw that the many kids were born in the first season’s first episode. Therefore our plot theories were correct about introducing more superhero characters. We also saw Lila releasing that she is one of the members of Umbrella Academy, it looks like Lila might be one of the Member of Sparrow Academy replacing Vanya as Lila had the surprisingly same powers as Vanya, and Five.

The series starts with women getting instant pregnant without actually having the 9th month period. However, these seven kids are abducted by Sir Reginald Hargreeves and names them the Umbrella Academy. There are possibilities that there are more than seven kids hence which was proved in the second season introducing Lila. The first season ends up with Vanya creating an Apocalypse when she realises her powers.

In the next season, everyone ends up in different timelines 1960-1963. They start living their lives in different schedules with no hope that the characters might find each other. Allison marries a man named Raymond Chestnuts, Diego is arrested in a mental hospital for having saviour complex, Luther is a fighter for badmen, and Vanya lives in a farm which has lost her memory getting hit by a car.

Five returns in the apocalypse timeline of 25th November 1963. Wherein all the members except Five are fighting with the army hence another apocalypse. Hazel saves Five and return ten days before the apocalypse. The hitman of Five kills Hazel. However, Five manages to escape but forgets the time travelling bag. The timeline department appoints three hitmen to execute all the members of the umbrella academy.

At the end of season 2, the apocalypse ends with Harlan receiving the powers of Vanya. He kills his dad with a defence mechanism to save his mother. We also see Vanya taking Harlan’s skills for him to live a healthy human beings life, but ti looks like Harlan’s powers still exist in his body. We might see another apocalypse in the upcoming year.