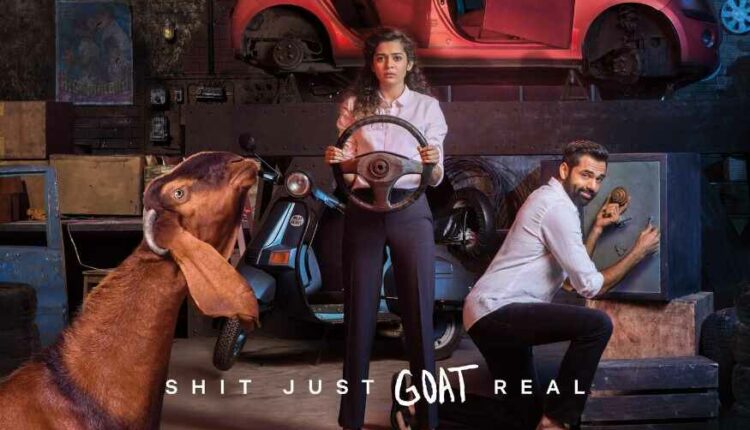 Chopsticks Movie Review: A Good Film With The Unique Story!

Aren’t we bored with the tragic love stories, romantic love stories, crime stuff, and biopics already? Everyone is coming up with the same type of stories again and again and we just can’t stand it anymore. But if you want to watch something crispy, Netflix is up with original Hindi film ‘Chopsticks’ starring Mithila Palkar and Abhay Deol in lead roles. Mithila Palkar can be seen as a young, fearful, working girl, Nirma Sahastrabuddhe. She lives in Mumbai and has just bought her first car. Abhay Deol plays the role of a man who is good at breaking into safes as well as cooking. He likes to be called Artist. Both of them have played their part very well.

The story of the film starts with Mithila buying a brand-new car and on the same day, it got stolen. She goes to the police and gets no help. Then she gets to know about this Artist guy who helps people to find their lost things, especially cars and big budget stuff. When she meets him in an undergoing construction site, she freaks out and sprays pepper spray on her own eyes instead of his.

They both went on a search of her car. While doing this, they have to deal with this dreaded gangster who loves Kishore Kumar song and his own fighter goat called Bahubali. Apparently, Bahubali loves Nirma’s car and hence it is at the gangster’s place. To get the car, Nirma and Artist have to do some trading between Bahubali and another goat. In this whole journey, Artist teaches Nirma that there is always an option in every situation. He makes her fear go away and Nirma learns it too. Nirma literally quits her job which offers her nothing but the constant comparison and series of insults.

There is a point in the film which makes us feel that something romantic will happen between Nirma and Artist but thanks to writers for not making it that way. Otherwise, it would have been like normal stories. They just end up saying bye to each other. Finally, Artist participates in the cooking show and Nirma, apparently joins her job back with respect and good work.

The film is sure must watch. We would rate it 4/5.