Best Netflix Hindi Dubbed WebSeries & TV Shows List, Netflix offers online streaming of a library of films and television programs and a variety of “Netflix Original” content to its users. It has over 148 million paid subscriptions worldwide, as of April 2019. This popularity is uplifting the scenario of the entertainment industry, opening new doors and opportunities for many. The subscription price of Netflix in India is Rs.500 per month and goes up to Rs.800 per month after a free month of trial. With the increasing Indian audience, Netflix has dubbed many web and television series in Hindi, which is the most spoken language in India.

Here we have listed the Best Netflix Hindi Dubbed WebSeries & TV Shows List you can watch in your free time.

The 100 series is originally inspired by the young adult novels by Kass Morgan developed by Jason Rothenberg, The 100 is an American post-apocalyptic Sci-Fi Dystopian drama television series. The first season attracted 2.73 million viewers.

The setting is 97 years where a nuclear apocalypse has devastated the surface of Earth. The only survivors were from12 national space stations (400 inhabitants) that were in orbit at the time. All space stations formed a single massive station named “The Ark”. Due to overpopulation, 100 juvenile detainees were sent to Earth to determine whether it is habitable. And then it all goes with harsh surface conditions, battle hostile Grounders and establishing communication with the Ark.

The Vampire Diaries is based on the popular book series of the same name written by L. J. Smith. Developed by Kevin Williamson and Julie Plec, it is an American supernatural teen drama television series. The first season attracted 3.60 million viewers.

The 17-year old Elena Gilbert falls in love with a centuries-old two vampires named Stefan Salvatore and his brother Damon Salvatore. The brothers’ history and the town of Mystic Falls, Virginia, mythology are revealed through flashbacks as the series goes on.

Lucifer is an American television series developed by Tom Kapinos based on the DC Comics character.

The series focuses on Lucifer Morningstar who is the Devil and resigns his throne in defiance to his father (God). He helped in a murder case with Detective Chloe Decker and is subsequently invited to be a consultant to the LAPD. Also in series, Lucifer and Chloe fall in love.

The whole series What/If is based on what happens when acceptable people start doing unacceptable things. It reflects the effect of a single decision that can change an entire life.

The world of Thra is dying as the heart of Thra is damaged, corrupted by the evil Skeksis, and a sickness spreads across the land. The three Gelflings—Rian, Brea and Deet uncover the horrific truth.

The End of the F***ing World based on a graphic novel of the same name by Charles Forsman is a British dark comedy-drama television programme.

The series is a story of a 17year-old James who believes he is a psychopath and kills animals as a hobby. Since he grows bored with the practice, he decides he wants to try killing a human. Alyssa, also 17, is the moody and cool new girl at school and the pair makes a connection.

Stranger Things is set during the early 1980s in the fictional rural town of Hawkins, Indiana where the nearby Hawkins National Laboratory secretly does experiments into the paranormal and supernatural, including those that involve human test subjects. Inadvertently, they have created a portal to an alternate dimension, “the Upside Down” which starts to affect the unknowing residents of Hawkins in calamitous ways.

Developed by Mark Hudis and Barry Sonnenfeld, A Series of Unfortunate Events is an American black comedy-drama web television series from Netflix based on best-selling series of books by Lemony Snicket’s children’s novel series of the same name.

The Baudelaire children -Violet, Klaus, and Sunny Baudelaire investigate their parents’ mysterious death and in between uncovering the mystery behind a secret society. Before the children come of age, Count Olaf desires to gain control of the vast Baudelaire inheritance.

The Originals series is created as a spin-off of The Vampire Diaries. It is named as Originals as they are the first vampires to ever exist.

The three Mikaelson siblings: Klaus, Elijah and Rebekah are “the Originals” who settle down in the city of New Orleans. Klaus is one of the most ruthless and feared supernatural beings: half-Original Vampire and half-werewolf. They protect their city from a war brewing between vampires, werewolves, and witches where new and old friendships are formed, love is in the air, and death surrounds them.

Narcos is based on the story of drug kingpin Pablo Escobar. The series depicts how Escobar first became involved in the cocaine trade in Colombia and then became a billionaire through the production and distribution of cocaine.

Created by Beau Willimon, House of Cards is an American political thriller web television series based on the novel of the same title by Michael Dobbs.

The story is based on Frank Underwood who is a power-hungry Democratic congressman. He celebrates the election of President Garrett Walker. In order to attain power, he aided his campaign to get himself appointed as Secretary of State. The series deals with themes of manipulation, betrayal, power and ruthless pragmatism.

Created and principally written by Peter Morgan, the Crown is a historical drama television series about the reign of Queen Elizabeth II.

The series traces the life of Queen Elizabeth II, starting from her wedding in 1947, depicts events up to 1955 and through to the present day. It also speaks the story of the retirement of the Queen’s third Prime Minister following the Profumo affair political scandal.

Sacred Games is the first Netflix original series in India based on Vikram Chandra’s 2006 novel directed by Vikramaditya Motwane and produced by Anurag Kashyap.

The troubled Mumbai Police inspector, Sartaj Singh receives an anonymous phone call from Ganesh Gaitonde, a notorious crime lord who has been missing for 16 years. The series initiates a chain of events where the crime lord tells Singh to save the city in 25 days that burrows deep into India’s dark underworld.

Did Love Quinn kill Joe’s ex-girlfriend and his neighbor in Netflix’s thriller drama You?? 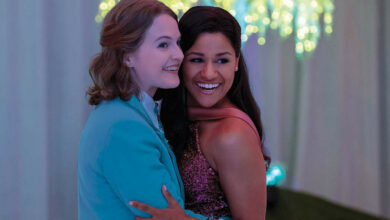 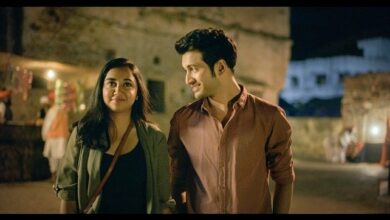 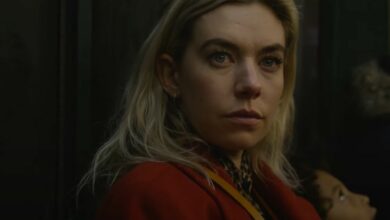