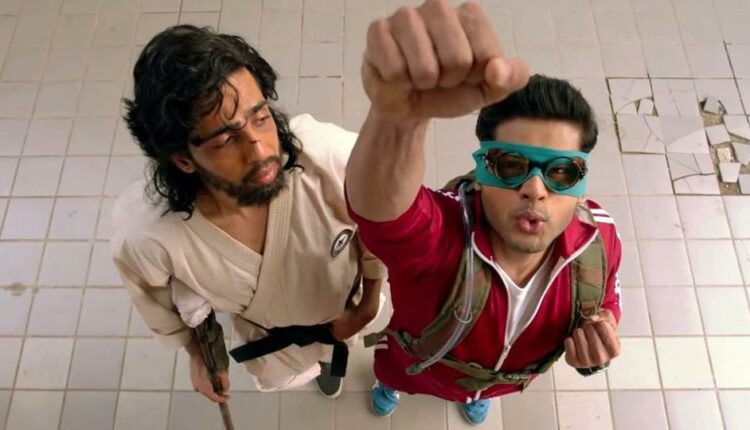 In the era of biopics and films based on real stories, Mard ko dard nahi hota is an extremely unique movie. Vasan Bala directed this movie and produced by Ronnie Screwvala.  It released on 21st March 2019. This film marked the entry the son of an actress Bhagyashree, Abhimanyu Dassani in Bollywood who is playing the role of the male lead, Surya.  Supri, Surya’s best friend is played by Pataakha girl Radhika Madan. She is a brave and strong woman who helps Surya in difficult situations. This movie also stars Gulshan Devaiah, Mahesh Manjrekar and Jimit Trivedi.

Hero Surya has an inherited insensitivity to pain. The movie rotates about how Surya and his try to get away from the bunch of robbers. The movie is full of weird characters which are always around Surya. Surya’s father is a widower who is an overprotective and underconfident person who is quite weird.  Mahesh Manjrekar is shown in the role of the supportive grandfather and Gulshan Devaiah who is shown as twins, Master Mani and Jimmy. He maintained the comedy part very well.

The film does not feel boring at any instant throughout. It is very entertaining and engaging. The story of this movie is amazingly and uniquely written and directed. Mard ko dard nahi hota has a rap song Rappan Rappi. Other than this rap, the film has eight songs such as Tere Liye, Life Mein Fair Chance Kiska (Jimmy Mani Song), Dream Time, Kitthon Da Tu Superstar, Nakhrewaali and Shaolin Sky. The music is very catchy. It directed by popular composer Karan Kulkarni.

A child inspired Vasan Bala to make Mard ko dard nahi hota when he met that child with an acquired sensitivity to pain at a dental clinic. The kid was very unresponsive to pain and he did not need anaesthesia during any process. Vasan thinks insensitivity to pain means a person is born without pain receptors and hence, becomes oblivious to pain. The film highlights the point that men who don’t feel pain are processed as superheroes by our society. In reality, it’s a health condition.