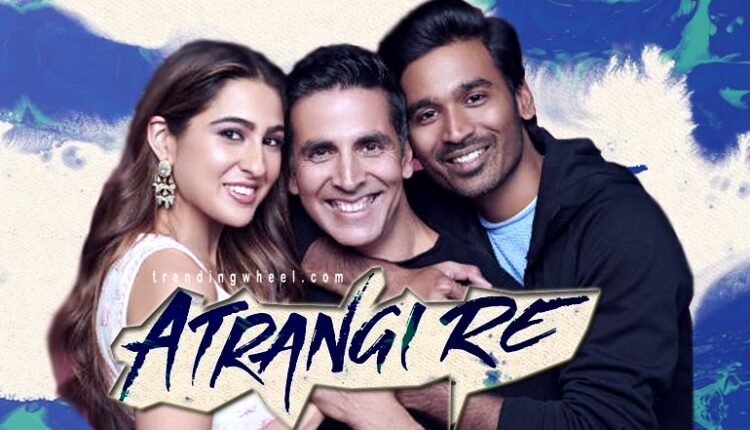 The movie is all set to premiere worldwide on Valentines Day (14feb) 2021 in the Hindi and Tamil languages.

According to the reports, Sara Ali Khan will be playing a double role, a Bihari girl romancing Akshay Kumar and Dhanush. Atrangi Re is a rom-com film; Taran Adarsh has revealed the first look of the movie on 30 January 2020. Atrangi Re is a parallel love story of a Bihari girl and a Madurai guy (Dhanush). Akshay Kumar is one of those few actors who agreed shooting in the pandemic; he usually charges one crore per day, but for Atrangi Re the Bollywood actor charges 27 crores for fourteen days which is a vast sum. The filmmaker centred on bringing out the emotions and romance with “Atrangi Re”.

The role was initially offered to Hrithik Roshan on him refusing was later rendered to Akshay Kumar. Akshay shared the first look of Atrangi Re, stating that it is an exceptional film for him. It indeed seems to be a romantic entertainer which will hit the screens very soon. It is Dhanush’s third film in Bollywood, after a disaster of Love Aajkal will this be a turning point to Sara Ali Khan’s career??