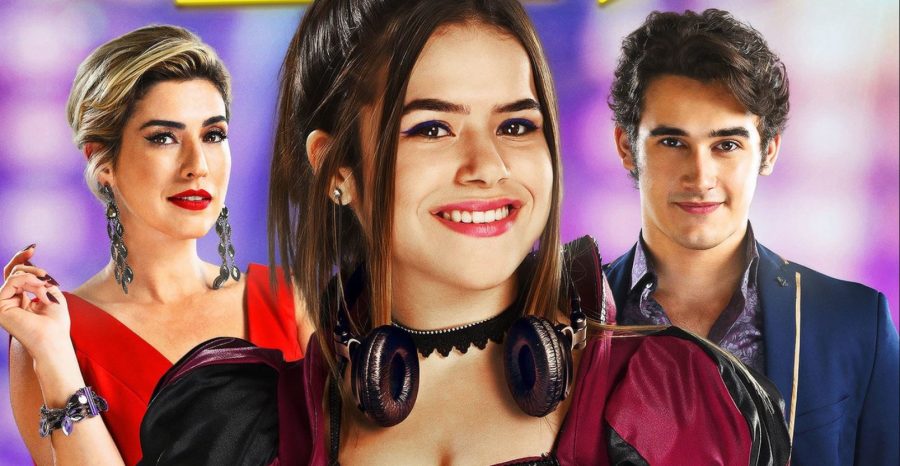 Another teen movie! Finally, after watching the same highschool movies over and over again Netflix came back with an old movie which was released before named “Cindrella Pop”. The name if the movie was renewed as “DJ Cinderella”! Netflix has covered all versions of Cinderella! Seems like he is fond of the Disney princess giving her characters like poor Cinderella, dancer cinderella, and now the exceptional DJ Cinderella!

The movie is set to release on 13th July 2020 only on Netflix! The trailer is already out you can check at the end of the article!

The Cast of DJ Cinderella Movie:

“Maisa Silva” will be playing the role of “Cíntia Dorella”. She is going to be the DJ Cinderella in the movie. “Filipe Bragança” as “Freddy Prince”, he is going to play as the famous pop star who is apparently Cintia’s crush!

Cintia’s dad is “Marcelo Valle” as César Dorella and real mother is “Miriam Freeland” as Ana Dorella. Yes, I mentioned real mother as every cinderella story has a stepmother, named Patrica in the movie and two cunning stepdaughters named Graziella and Gisele.

The Plot of DJ Cinderella Movie:

The movie will start with Cintia’s parents’ anniversary. But apparently being a cinderella movie starts with the tragic truth that Cintia’s dad was having an affair with Patrica who becomes the stepmother in the movie. Cintia wants to be a DJ her aunt teaches her how to play so she aspires to be one!

But destiny hits her with a popular singer named Freddy! As every cinderella movie, a shoe is left by the cinderella after the show, the same way Cintia forgets her shoes after her DJ party. Being a popular singer Freddy uses social media to get in touch with the DJ Cinderella. Her name was named DJ Cinderella because the show hosts heard Cindrella instead of Cintia! I hope I have given every reason to watch this movie!

If you like teen movies you can also read my article on the upcoming news about “To all the boys I’ve loved before 3” Movie.