Most awaited movie of Salman Khan, Dabangg 3 was released and it did record-breaking business on day 1. The movie failed to amaze critics but Salman’s fans gave it a big fat thumbs up. The movie collected a whopping amount of Rs. 24 Crores on its opening day, which is huge keeping the ongoing protests in the whole country in mind.

Dabangg 3 is Salman Khan’s 12th movie to open with the first-day collection of more than Rs 20 crore.

Film critics expected a little bit more from the film in terms of the collection in the early analysis but somehow the protests affected the earning.

My take on loss incurred by #Dabangg3 due to violence & protest in some parts of India. @ibtimes_india https://t.co/Nn0LhIESMD

The film trade expert, Taran Adarsh said that Dabangg 3 is an out-and-out a ‘Salman show’. He just explained the movie in a word “Entertaining”

Another film trade analyst, Sumit Kadel tweeted about the movie and said that movie failed to impress but gracefully saved by Salman.

Previously, the overall collection of day 1 if this film was expected to be lesser than Bharat, which collected Rs 42 crore on day 1. This film, Dabangg 3 has also been dubbed in different languages such as Kannada, Tamil and Telugu. It has been released across 3,000 screens overall.

Other than Salman, it stars Sonakshi Sinha and Saiee Manjarekar In lead roles. He is seen romancing with Saiee as his young age love interest.  Arbaaz Khan, Amole Gupte, Mahie Gill, Pankaj Tripathi, Mahesh Manjrekar, Milind Gunaji and Tinnu Anand and Kichcha Sudeep are in significant roles. Sudeep has a major fan following in the Southern states which give added advantage to the movie to earn more in those states. Prabhu Deva, who is also director of this film and Preity Zinta, who has previously done movies with Salman, have special appearances in the movie.

The entire Dabangg franchise received an overwhelming response from the fans so far.  If you are planning to watch something full of drama, tragedy, action, comedy and romance, you can watch this film. It’s a one-time watch movie and good for spending some time of your weekend and Christmas holidays for. 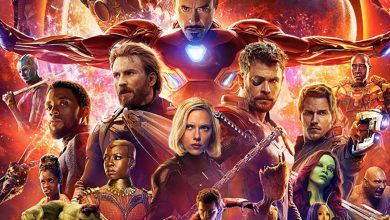