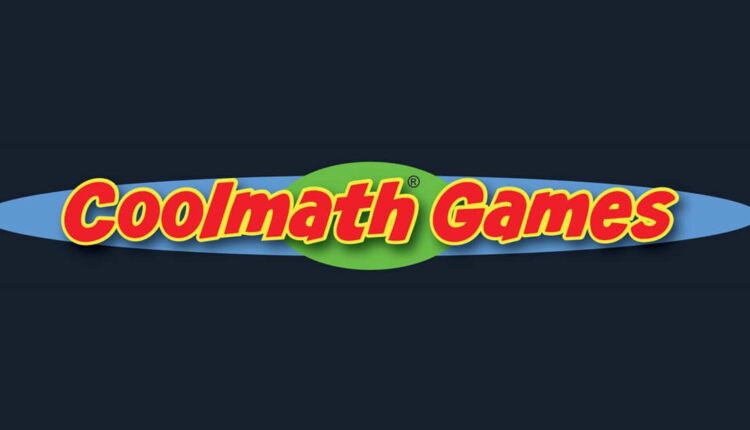 There are many games on the internet, but not every game is affordable or reliable. So here I introduce a few cool math games which are popular among kids and teen. What’s the best thing about these games? That they are free and are secure.

There are genres of drawing, goal-oriented, strategic games, and more! I have added information about the upcoming and popular games like “Moto X3M”, “Hangman,” “8 Ball Pool,” and more! You can play the games on the attached website.

The game is straightforward; you have to collect the coins, and there are  15 levels in the game with increasing difficulty with each game. The game is similar to Mario but without any barrier like the creatures which appear in Mario. But there are nails in your way, and if you step on it, you will have to play the game again—also, a portion which helps you to jump higher. There is a door that only opens when you have collected all the coins in the gameplay.

The game involves a journey of a cactus to reach its destination. Some blocks increase with each episode. For example, if there are ten blocks named 1 and 2, you have to walk when the block is visible/ invisible depends on the situation. Like the blocks and nails will be allotted in the same place. If you step on nails while the block is hidden, you will lose. The gameplay is based on concentration level as the blocks increase with time, and it gets invisible according to ascending numbers.

The game is like the first-ever game, which was played on our cellphones once. It’s tough to make 100 scores as the snake increases its size, and it cannot pass through the length of its tail, so you have to use the circumference provided to you. But yes, I would like to give a tip, always use corners of the game to travel the more space you give, and the chances of winning with a high score.

This game involves a character who wears a knot on his forehead and jumps whenever he crosses his path with poles. It has a Mario theme as displays the blue skies and green land. As the level up, you will get a power od batteries that allow you to skip a way to reach the end destination, also keys to open a gate-like structure. Sometimes the keys are just kept to distract you, and not all gates will help you to reach the goal as some will make you fall in the water because of which you have to play the game again.

The game is about parking the cars and trucks on the location. The game also involves parking with big packages. A very concentration oriented game as you cannot crash the car/ truck in the gameplay. It also upgrates from standard cars to a sports car, and the cartons are kept between the parking zone to act as a barrier. The road gaps will also get shorter, and it involves ten levels. it is a series of the first two parts which are also available on the official site.

The gameplay involves sticking the blocks which move according to the direction and will only stop if there is a barrier. There are 24 levels in the game, and it is made by developer Rob1221, who is famous for its cool math games. He recently posted a Steam version of the BRDG game.

A very twisted game as it involves the concentration level and timing together. A minute character is supposed to reach his destination, but the blocks get visible, and sometimes it gets invisible. So you have to choose your schedule well. The gameplay will have approx 24 levels, and the blocks turn on and off according to ascending number sequence like 1, 2, and 3.

The game involves a bike riding to reach the destination. The game also consists of breaking the barriers in the way, and you have to keep a note not to make the bike turn upside down while riding into slopes. There are circular race tracks wherein the speed should be highest as slow speed will make the bike crash due to fictional gravity. The game is a molecular level up to the rest of the games.

The game is about a robber who will be played by you. The display will be about the floors of the room wherein you will be given keys and code to the locker room. Every floor door will lead you to the door in the below rooms, and if you went back in, it would lead you to where you started. Also, a bamboo/ stick to attack the robot in the house for security.

Enough of buying the books for word search games, we have a cool math game for it! It saves money and time. It is also good to learn new words, so it helps you to increase your vocabulary. The topics are music, baseball teams, birds, and more.

The game will have 40 levels with several sharks chasing you. The sharks cannot hunt in the opposite direction, so you have to make sure to slide through the point by moving crisscross rather than running in the same direction. The number of sharks will increase with time, and the blocks will help you to dodge the sharks. There will be white marks, which are the range wherein sharks cannot reach.

This game is like the candy crush game, which is popular among kids and oldies. The game also has levels, but they use balloons instead of gems, which you have to pop by switching them with similar aircraft.

It’s not a cooking game, but it’s a cutting match; only a minimum number of cuts and the number of pieces should match it.  You will gain stars on the bases of how many you collect. If you complete the goal in minimum time, then you will get more leads. You have to cut tomatoes, carrots, pizza, meat and more!

It is a gameplay wherein you have to connect several directions of the path. The game has 25 levels, and you can only make the tail longer with its limited blocks. Also, all the areas should be covered.

The game has been the favorite game when I was once a kid, and its a fresh gameplay. As you cannot play the game in reality, you can always play it on your cell phone. The aim will help you to show direct targets to the goal. You have to check the speed and angle. Also, the game starts from where the leading ball lasted. Control the rate as the leading white ball should not end up terminating while targeting for your goal. There are two players, one can be the computer, and you play the other. I hope you play this cool math game!

Hangman was the game we played in school while guessing the answer to the topic. It has the same concept, but the game will involve women tied with balloons, and they will burst with every wrong word guessed. The rule is simple to play; you have to check on vowels (A, E, I, O, U). Every word involves vowels and consonants. As Vowels is less amount, it’s always better to start with it to guess the word.

The game is about a ball aimed like a shotgun to the balloon-like thing designed through the game. The balloon will release something like powerup and bombs, which will increase the ball’s speed. As the competition increases, there will be moving distractions as a barrier to your goal. It is a very similar game that might be in your android devices.

The game is about a worm with purple lips and dead eyes. It has to eat an apple and then get out of the game with a hole like a door. As the level rises, use stones to reach the apple or to get through the hole. You might have to replay if you haven’t aligned the stones smartly. The worm can also push the rock to use if to reach the apple.

There will be three towers that will have the same blocks with the same colors you have to connect. The game will become difficult and complicated with time. Its a brain wrecker game, and if you think you can play it, I challenge you to do so!

20.) Fireboy and Watergirl in the forest temple

The gameplay is about the two characters named the fireboy and watergirl. Both of them have powers according to their name, the fireboy can ride on fire, and the watergirl, on the other hand, can cross over ice. There are two gates of both of them, and they both have to reach their allotted destination together.

This game is such an “aww”! A cute little chick is trying to escape from the chef. As the Level will increase the number of Chefs will also increase. Use barriers to hide from the chef. The chicken will also get a panic which indicates that it’s about to hatch eggs you have to note that you don’t hatch it in the place you are about to hide or while running from the chef.

The game involves a soccer ball used to gain the stars; also, you have to be aware of crab’s pointy hands. The goal should be done at one try because the time will decide your score. Also, three stars should be collected to gain three stars at that level. As you move forward with the game, the displayed crabs will start jumping, so you have to dodge them to win! This game will decide your awareness level!

Finally, a cooking game! The game is about taking orders from customers and giving it to the requirement. As the level rises, you might have to speed up as more the timeless the tip. Its a gameplay for every person who likes cooking games. As the level increases, you will also have to add gems, frosting, and cookie crush on the shakes. The customer will customize the order.  If they like it, they will leave a tip. Fruits like banana and cherries are also required to add in the milkshake. You have to click on the person to take their orders. I hope you play this game!

I have heard about Alice in wonderland what Yanet is in wonderland?  The game is about a girl with a pet who has to travel to the door, but there will be some obstacles because she cannot cross it at once. The girl is named Yanet, and the character is supposed to be played by you!

The game is about a cube that has to collect every red cube on its way, and as the level rises, the hub will cross paths with pins. The center cannot step on the nails as it will break the center, and you will have to play the game all over again.