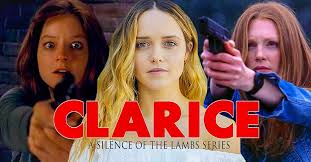 CBS picked up a sequel for the movie The Silence Of The Lambs as a series. There are a few other series and movies based on Clarice Starling but we know that CBS always represents things in an amazingly vivid way. Alex Kurtzman and Jenny Lumet will create as well as executively produce the sequel for Thomas Harris’s The Silence Of The Lambs. In the production team, we see CBS Distributions, MGM Television, and Secret Hideout. Are you ready to watch the story of an FBI agent? Is she done with her job or just pretending? Let us find out. 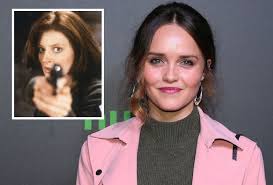 The network ordered Clarice in February 2020 along with some other pilots. When the filming began in March 2020, there was a great possibility for the show to be delayed, but CBS already had a date in mind. The series is almost wrapped up from the filming and principal photography point of view. As announced by the distributor in December 2020, Clarice will premiere next month on 2 February 2021. It’s going to be a criminal-thriller so hold on tight to your pillow for comfort. Anyhow, be ready for some Clarice Starling stunners.

will be playing Emin Grigoryan. Michael Cudlitz will play Paul Krendler. AA recurring character Novak is played by Tom Guinee. Tyson Conway will be played by Douglas Smith. Jayne Atkinson will play Ruth Martin. There will be some other artists as well. 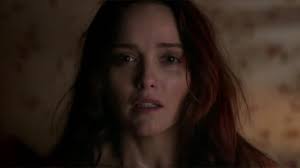 As it is a sequel to The Silence of The Lambs, it will probably start from where the film ended. Clarice is now done with her job but her personal life is unveiled in the series. From 1993 everything Clarice does, is in the series. Is she still an undercover agent? Why is she getting influenced due to political issues of the country? She is still tracking down the criminals. Clarice will return to the field and show that if a lion wakes up after asleep for a while, then it is still a lion.

The trailer blew my mind as it starts with a nightmare and ends as a nightmare. Why can’t they make it a little easy to guess? Anyway, Rebecca perfectly fits the role of Clarice Starling. Hopefully, Clarice will become a proper sequel for the movie. If you haven’t watched the teaser yet, then watch it now! I bet that you will count the days for the series to premiere after watching the teaser. While you wait for the series follow up with my article on Tell Me Your Secrets coming on Amazon Prime this February. Stay safe and stay tuned to Headlines of Today!

Teaser: Is this a nightmare or everything’s real?