When is The Tomorrow War coming? 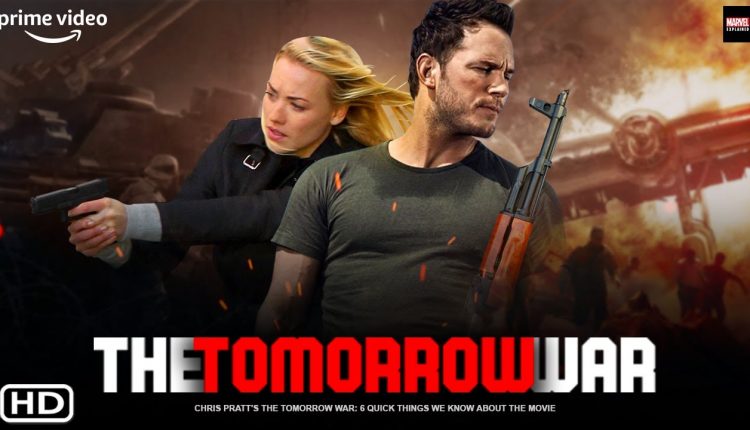 It’s been quite a while that I offered you a sci-fi movie. So here I am before you guys start complaining. Amazon Prime Video will start streaming a Chris Pratt starrer movie, The Tomorrow War soon. The film’s plot is by Zach Dean, while Chris McKay directs the pilot. After knowing about the biggies involved in the creation of The Tomorrow War, I bet you are all interested in more. Let us get started.

Later on, Amazon Studio was rumored to acquire the film which was confirmed in April 2021. It was revealed that Amazon acquired The Tomorrow War as a deal of $200 million. Now the film will be releasing on 2 July 2021, exclusively on Amazon Prime Videos.

The film features a dystopian future where the human civilization is failing against an alien invasion. The story expands as people from the future visit the present era and asks for the people from the past to help. They ask people to join the army and come to the future and help them fight the aliens. Will humans win over the aliens?

While The Tomorrow War is making its way towards the streamer’s screen, here is a Bollywood suggestion. An action-thriller combo movie starring SRK, Deepika Padukone named Pathan is in the pipeline. Turn on your notifications to keep yourself updated about the buzz in the entertainment industry.

Convince ‘Teeka Utsav’ and defeat the epidemic from tomorrow, PM Modi appealed to get the vaccine between April 11 and 14