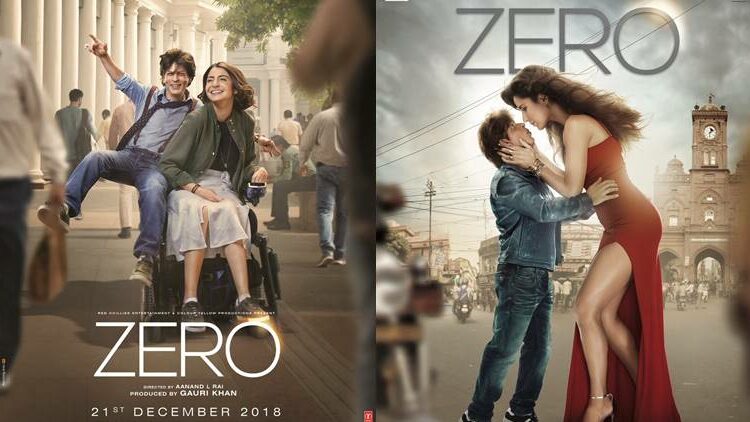 Recently the trailer for the movie Zero was dropped. Shah Rukh Khan never leaves a chance to amaze his fans by versatile roles whether it is a romantic role in the DDLJ (Dilwale Dulhania Le Jayenge) or a role of a villain in the movie like Darr. Don was always an extraordinary one when compared with other movies. He also made some inspirational movies like Swades, Chak De India, My Name is Khan. Shah Rukh Khan made an entry into the film industry by the movie Baazigar.

Now everyone is waiting for his upcoming movie Zero. Recently the trailer has gained attraction of many people. It has already reached 77 million views. The trailer was launched at a grand event that took place in Wadala IMAX on Friday that is on 2nd of November. The trailer was of 3:14 minute.

The story according to the Zero trailer

In the trailer, we get to know that Shah Rukh Khan is playing the role of Bauaa Singh who is from Meerut. He is searching for a beautiful girl to get married. Finally, he found a beautiful girl who is wheelchair-bound and this role is played by Anushka Sharma. He acts as if he had fallen in love with her but finally gets a friend in Bollywood. The role of the friend in Bollywood is played by Katrina Kaif.

Not only Shah Rukh Khan is having a unique character but also writer Himanshu Sharma and director Anand L Rai played a good role for their good script and grand vision. Zero is a good film with Drama which is best for the big screen. The love story goes beyond the track when his Bollywood friend Katrina Kaif throws him out of the house. The story is mainly based on Love, Betrayal and the way of getting back the love. The last part of trailer hints the root as a sci-fi genre.

With all the casted stars like Shah Rukh Khan, Katrina Kaif and Anushka Sharma, zero celebrates the incompleteness present inside a person. The film shows that Bauaa Sing is a man who is vertically challenged and Katrina Kaif who is the star of Bollywood struggling from alcoholism. Zero is the last movie of Sridevi. The late actress Sridevi will be having a special appearance in the film which was shot on October 2017.

Aamir Khan also praised the crews and the cast for the movies after watching the trailer of the movie.