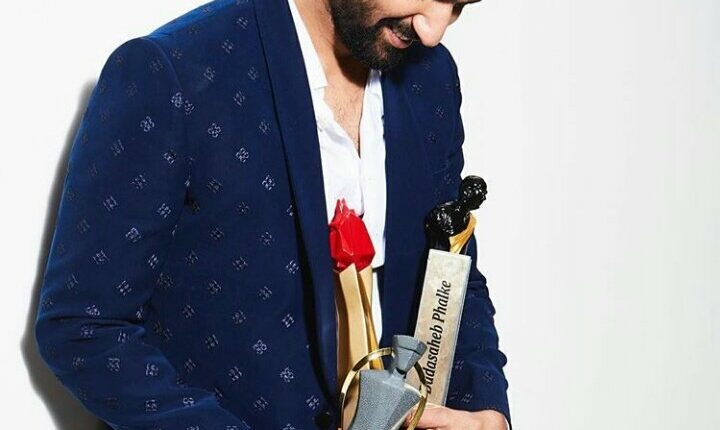 After the massive success of URI, Vicky is the most desirable and promising actor as far as 2019 is concerned. He is showered with success and awards. Recently he bagged three awards namely Lokmat’s Maharashtrian of the Year, Femina’s Fresh face of the Year, and Dada Saheb Phalke Award for the best performance in the leading role for URI: The Surgical Strike.

In Lokmat’s Maharashtrian of the year award, Vicky received his award under the title of ‘Path Breaking Performer of the Year.’ In the same ceremony, Deepika Padukone also got an award for ‘Iconic Performer of The Year.’ Vicky Kaushal thanked everyone in Marathi. He talked about Maharashtra being his birth land, work land. He has also learned Marathi till 10th Standard so he managed to speak 5-6 full sentences in Marathi. Rohit Shetty, Riteish Deshmukh, Zarin Khan, and many famous celebrities were present in the annual awards organized by Lokmat.

In Nykaa Femina Beauty Awards, Vicky Kaushal bagged an award under the category of Fresh Face of the Year (Male). Sara Ali Khan won it for the female category. Other awards of the night are mentioned below.

Dada Saheb Phalke Award is considered one of the most prestigious cinema awards in India. Vicky Kaushal Bagged this award for Best Performance of the Year in a leading role for his blockbuster film URI.

Vicky posted a picture with these awards on his Instagram handle. He called these awards the fruits of his hard work. Many celebrities like Anil Kapoor, Dia Mirza, Gaurav Gera, Aahana Kumra, Siddhant Sharma congratulated him in the comment section. His fans are also congratulating him everywhere on social media. His URI director, Aditya Dhar also commented with ‘ Bahot hard bhai, aapka time aa gaya’. Vicky replied this comment with ‘Hamara time’. Aditya and Vicky bonded very well over URI.

Vicky is making headlines almost daily. He really is a promising actor the Bollywood surely wants.