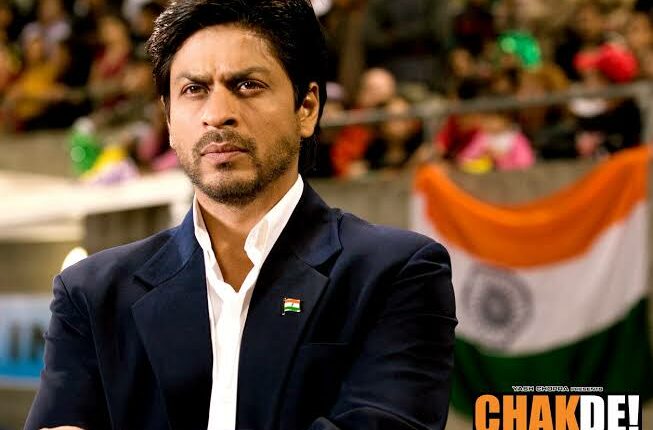 There are some on-screen teachers from Bollywood whose iconic characters inspire us every time.

In Super 30 Hrithik Roshan’s played the role of Anand Kumar which is based on true Story. But the irony is this movie received rare reviews from fans and critics. Super 30 portrays the journey of a teacher who imparts education to underprivileged kids and aspires to fulfil their dreams.

Aamir Khan played the role of Ram Shankar Nikumbh, who is a fun-loving and caring teacher and helps a dyslexic child Ishaan find innovative ways of learning.
The film revolves around a teacher who grooms and encourages a student to cultivate his hidden talent.

In this film, Sushmita Sen plays the role of a chemistry teacher, Chandni Chopra, who wins her students’ hearts every time with her ravishing look.

Shahid portrayed the role Rahul Udyavar, who gets along with students and teachers alike and unifies them to stand up and fight against the atrocities of school management.

Shah Rukh Khan as coach of the Indian women’s hockey team, Kabir Khan, inspires the team to put aside their differences and play for the country as one unit.

Rani Mukerji portrayed the role of an inspiring teacher with a disability i.e Tourette syndrome and prove herself by teaching a group of mischievous students. Rani’s character Naina very caringly yet assertively inspires the students to study as she apprises them of their own hidden talents.

3The idiot is a favourite movie of many students and especially Boman Irani character Boman Irani as a teacher and Principal Viru Sahastrabuddhe aka Virus is sculpted in the hearts of audiences forever.

Emily in Paris Netflix Series, From the creators of Sex and the City.