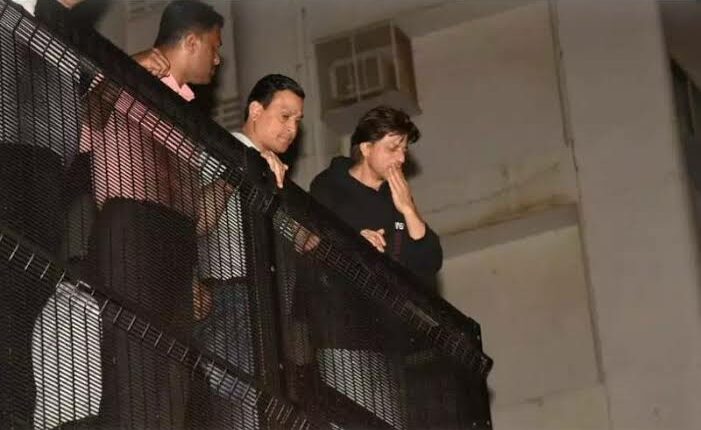 2nd December is not just an ordinary day for all the SRK fans. This year King Khan turns 54 and like every year, he celebrated his birthday between his fans. Like every year Shahrukh came on the balcony of his house Mannat, and greeted his fans.

Shahrukh is not only a National but an International fans. His fan following is not only limited in our country, but his fans are all over the globe. Every year hundreds of fans wait to get a glimpse of their superstar on his birthday. SRK never disappoints his fans. He came on the balcony of his house Mannat, Waved out to his fans, Struck his signature pose for them. His fans are always intrigued to know more about him.

Let us know some fun facts about him –

1. An interesting fact about SRK is that he is obsessed with the number 555. It is said that all the cars of his have the number 555 in it. Not only this, but the phone numbers of the staff which works for him also includes 555 in it.

2. Before becoming an actor, he owned a restaurant in Dariya Ganj, New Delhi.

3. SRK even became a ticket seller for his movie Kabhi Haan Kabhi Naa which was released in the year 1994. Shahrukh stood at the window of the theatre where the tickets were sold. He was even paid an amount of Rs. 25000 for this by Kundan Shah who was the director of the movie.

4. Shahrukh is also known for his honesty. In the year 1998, he won Zee cine award for best actor which he gave it to Salman khan and even asked him to say a few words on the stage.

5. Shahrukh might be the king of Hindi film industry today, but nobody knows that he was poor in Hindi language when he was a student. His mother had to bribe him saying that she would take him out for a movie if he scores good marks in Hindi language. This made Shahrukh learn Hindi.

6. The most weirdest fact of King Khan is that he sleeps well dressed. This is because he feels he can meet anyone in his dreams as dreams are uncertain.
This fact of his very weird but a true one.

7. Shahrukh belonged to a very middle class family. After his mother died, he shifted to the city of dreams Mumbai to fulfil his dream of becoming an actor. But his journey form Sharukh to Badshah of Bollywood was not a cake walk. He even had to sleep on the footpaths of the city, as he had no money to get a roof over his head.

8. King Khan is not a big fan of ice-creams which is a true fact about him.

9. SRK has been honoured with the title of Knight from Malasiya.

10. SRK is not fond of horsesa at all. He has a phobia of horses.

Fighting Islamic State on frontfoot: Story of Kurdish fight for ‘land’ and ‘identity’