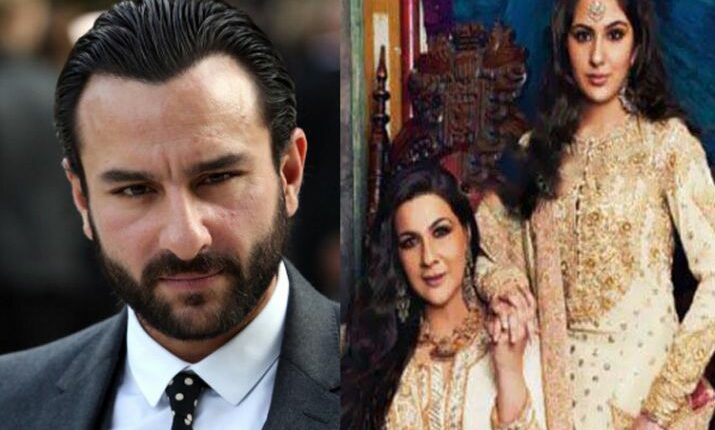 Saif Ali Khan and Amrita Singh’s daughter Sara Ali Khan made her Bollywood debut last year with the movie Kedarnath. She was praised a lot for her acting skills in the film. Her second film Simmba became her first super hit film. Her parents are so proud of her achievements and especially her father feels very happy for her.

In an interview, Saif Ali Khan told that Sara always made him proud. He is happy how wonderfully Amrita Singh brought her up. Saif said that whatever Sara is achieving is entirely her achievement. When she got into Columbia University and graduated in two years that made her father Saif very proud of her. Watching her interact with the staff at home so nicely makes Saif feel very good.  According to Saif, his daughter is very well behaved and the full credit goes to her mother Amrita Singh.

Saif is completing 26 years in the film industry and he is happy that his daughter is learning to sustain in the competition and industry too. Speaking about Sara’s performance, Saif said that Sara is improving herself every day. She does not fake in front of the camera. She understands the script and works with her whole heart to justify the role.

On the work front, according to reports, Sara Ali Khan has nodded positively to David Dhawan’s upcoming movie, which is the remake of Coolie No 1. she will be starred opposite Varun Dhawan. She will be seen in Karishma Kapoor’s on-screen role in the movie. Sara Ali Khan is always in news because of her openness as she always speaks her heart out without thinking about anything. Sara Ali Khan’s confession about liking Kartik Aryaan made headlines. When Ranveer Kapoor and Sara was on Simmba promotions, Ranveer once made her and Kartik meet and the photos went viral.

Saif is busy with shooting the second part of one of the celebrated series, Sacred Games.

We think that Sara is one of the best newcomer actresses. Her fans are waiting for her new film and so are we.

Varun Dhawan and Natasha Dalal to have destination wedding : Dhawan Family Not Liking The Idea.