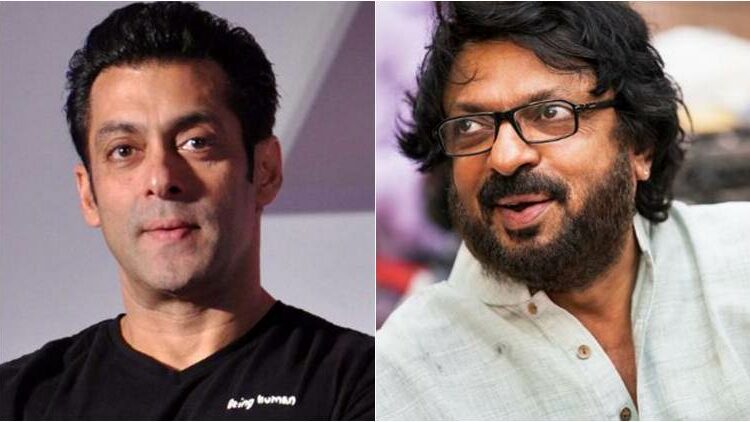 The whole fanbase is going crazy over the reunion of Salman Khan and Sanjay Leela Bhansali. Recent reports claim that the film that they are thinking of will be titled as Hum Dil De Chuke Sanam 2. But this will not star Aishwarya Rai Bachchan. Salman Khan is on board for sure.

Sanjay Leela Bhansali is writing the script for this film. He thinks that the movie has vibes like Hum Dil De Chuke Sanam, therefore, the title will be the same with the sequence factor 2. But the story is different. It is said that this project will release in 2020 because the news Salman Khan’s third instalment of Dabangg is going on. He will start shooting in the last week of March.

Salman Khan worked with Sanjay Leela Bhansali in 1999 for the first time. They did Hum Dil De Chuke Sanam together. This movie marked the beginning of love affair of Aishwarya Rai and Salman Khan but later the love story ended with so many controversies and blame games.

#BreakingNews: Sanjay Leela Bhansali & Salman Khan reunite after 19 year for a love story… The film is set to go on floors soon.

The news of their reunion is confirmed by trade analyst Taran Adarsh on his Twitter account. He twitted, “Sanjay Leela Bhansali & Salman Khan reunite after 19 years for a love story. The film is set to go on floors soon.”

The buzz is going on that Priyanka Chopra will be there alongside Salman Khan in this movie. It is not confirmed yet though.

On Karan Johar’s chat show Koffee With Karan, Priyanka Chopra told that she is in contact with Sanjay Leela Bhansali for a project. But she did not mention about Salman Khan anywhere. Priyanka Chopra was going to be in Bharat alongside Salman Khan but later just before the shooting started, she was replaced by Salman Khan’s ex-girlfriend Katrina. It is said that she withdrew herself from Bharat because she wanted to sign Farhan Akhtar’s film ‘The Sky is Pink.’ Later it was trending that Salman and Priyanka are in bad terms because of her withdrawal but both the megastars denied the rumour.

Priyanka Chopra is in India now for her Brother’s engagement. https://www.headlinesoftoday.com/entertainment/priyanka-chopras-brother-siddharth-got-engaged-to-ishita-kumar-see-photos.html

So, the female lead of Hum Dil De Chuke Sanam 2 is still a puzzle.  Hopefully, Sanjay Leela Bhansali will solve this puzzle soon.

The Movie ‘Mom’ is Going to Release in China : Sridevi’s Last Performance!