“Netflix and chill” has become the motto of this quarantine! So How you doin? Dark season getting darker with the confusion of who is who? And the tragic end of 13 reasons why! But I have got a funny story about Bollywood! Talk about the funny person and the only one striking my mind is Kajol Devgan! Her laugh, her sarcasm, and everything about her just brighten the whole room! 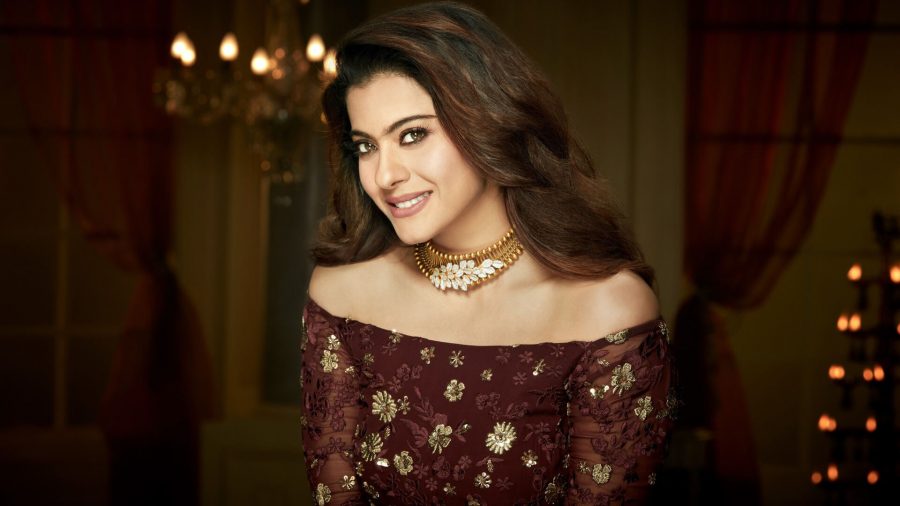 Kajol the 45-year-old actress, running young day by day started her career with her first movie “Behkhudi” but it turned out a flop. But she was highlighted in the movie “Bazigar” that’s how she started her career with Khan’s of Bollywood! She is happily married with two kids named Nysa Devgan is her 15-year-old daughter and Yug Devgan is her 8-year-old son. Ajay Devgan started his own production named “Ajay Devgan Films” which recently showcased “Tanaji” in theatres before COVID in which the main leads were Ajay and Kajol itself! 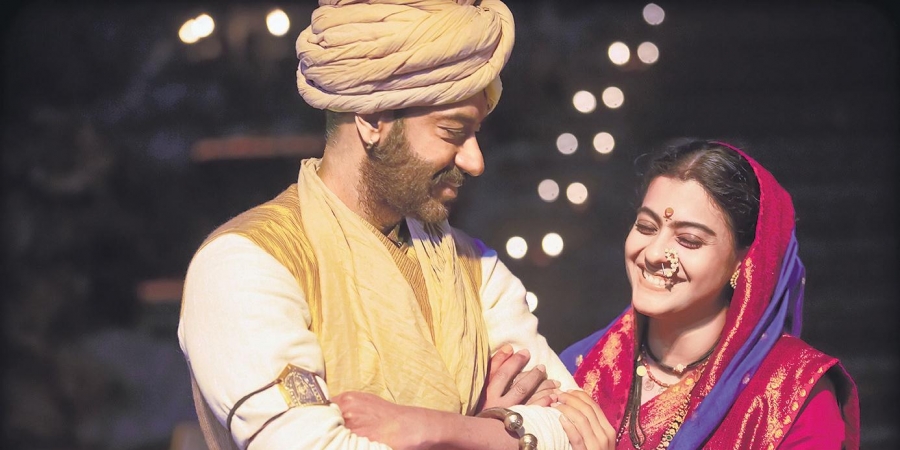 Netflix posted a picture of Kajol playing the role of Anjali from “kuch kuch hota hai” movie. Her expression is about giving a disgusting smile to someone, and Netflix India captioned the image as “Caption this” giving a message to netizens to caption her face! To which some users have commented hilarious captions!

One user said “Dora the Explorer” as she had an apple haircut in the movie. Also, others said, “Me trying to understand dark” pointing the confusion of people’s identity in the Dark series. And a very ironic comment said, “When you realize that Aman actually loved you but you still married Rahul”. Aman aka Salman Khan was playing the supporting actor to which Kajol was supposed to marry but ended up marrying her childhood crush, Rahul!

There were also comments like “When you thought you will change your life in 2020”, “Me when I see my marks” and more!

Kajol’s reaction to her Netflix Meme: 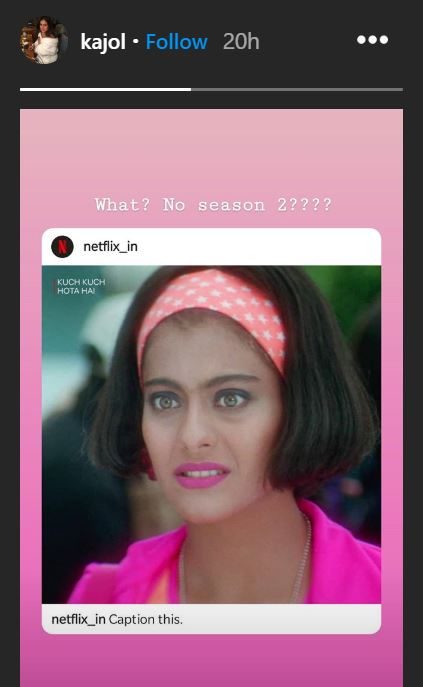 Kajol Devgan, wife of Ajay Devgan also captioned it as “What? No season 2” because Netflix canceled many TV shows this 2020! Like Soundtrack, Spinning out, Messiah, Insatiable and more! Kajol’s sarcasm level indeed turned out the best caption for her own Netlix’s meme!

- Subscribe us on Google News Get the Latest news updates on WhatsApp & Telegram by subscribing to our channels.
Tags
Devgan Kajol Netflix