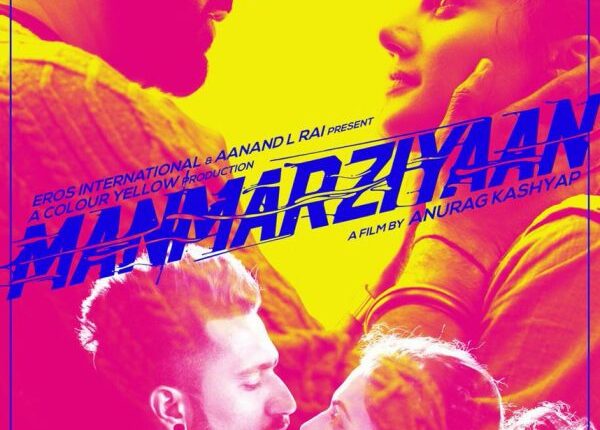 Manmarziyaan trailer has created ripples, garnering almost 8 million views in just over one day of its release. The movie is coming from the school of  Anurag Kashyap and Anand L Rai. When these two best minds in the craft had collaborated, expectations sore high. Critically acclaimed director Kashyap, who is on a high after the success of his Netflix series ”Sacred Games” is at the helm of the film. With a cast spearheaded by Abhishek Bachchan, Vicky Kaushal, and Tapsee Pannu, the movie has ensembled some fantastic actors.

Manmarziyaan is a coming of age story about love, relationships with both comedy and emotional quotient, told in the inimitable storytelling enthralls of Kashyap. This movie is also touted to be the comeback venture of Junior Bachchan, who has done a brilliant job in the movie, going by the trailer. Social media trolls have attacked him mercilessly attacked him for his unsuccessful movies, for not being able to carry his father’s legacy over the recent years. But, as an actor, he has proved his mettle in flicks like Yuva, Guru, Bunty Aur Babli, Bluffmaster!, Delhi-6 and Raavan while furnishing box office blockbusters like Dostana, Dhoom Series and Happy New Year. Forgotten by the audience maybe his acting skills are in current years, but there is no denying that he is a decent actor.

Manmarziyaan is a story involving Robbie (played by Bachchan), Vicky (Vicky Kaushal of ‘Sanju’ fame) and Rumi (Tapsee Pannu), with Rumi being the common love interest. Vicky and Rumi are involved in a passionate relationship but Vicky, the boyfriend evades and elopes from responsibilities and talks of marriage. Frustrated, Rumi decides to get engaged to Robbie, a sober and successful guy, by more of her family’s choice. What happens aftermath? Let’s take a look at the trailer

Bhaisahab! @juniorbachchan is back and how! Looking so refreshing AB! @vickykaushal09 shows us a new side again and @taapsee what a year you are having madamji! Kudos to your choices taapsee #Manmarziyaan https://t.co/Nn1byTnReL

The movie is up for September 18th release.