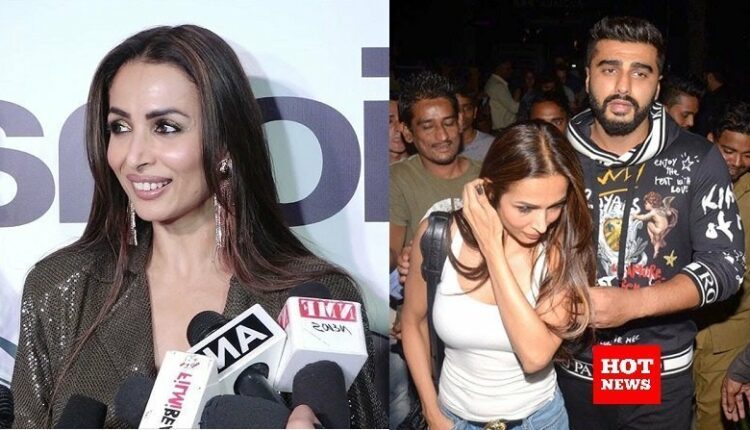 Malaika Arora Talks About Her Divorce, Bollywood is always full of news, rumors, updates. Many bonds forms and many breaks as well. Last year was a wedding year for Bollywood. All the mega weddings made headlines and social media was flooded with their photographs. But when it comes to celebrities, their tough times like divorce also make headlines.

In 2017, news of divorce shocked many filmy buffs as well as the whole industry. That was the news of Arbaaz Khan and Malaika Arora’s divorce. They got married in 1998 and ended their 18 years of marriage in 2017 in Bandra Family Court. Malaika got the custody of her son and Arbaaz can meet their son whenever he wants. Malaika Arora and Arbaaz always avoided talking about their divorce because they wanted to move on, and it was their mutual decision without any blame game.

Recently, Malaika Arora opened up about the process and consequences of their divorce on the show called ‘What Women Want’ which is hosted by Kareena Kapoor Khan. Kareena started the episode with divorce and how it is still considered as a taboo. Then she welcomed Malaika Arora and asked her to be honest and comfortable with whatever they will be talking.

Kareena’s first question to Malaika Arora was about the worst and the best advice Malaika got during the process. Malaika answered this question very calmly. She said that everyone’s first opinion was ‘Don’t do it! Think over it. Are you sure? ” She admitted that all the people who were telling her to think twice were doing their part right because they care for her and want her to be happy. Some people tell her that if this divorce makes her happy and take her out of an unhappy marriage, then her decision is the best. According to Malaika, such advice and words gave her strength.

Malaika also gave a very strong message to all the women who fear to come out of an unhappy marriage because they think that what society will say. She told them to do it with dignity and self-respect because it is something for their own happiness.

Later, they talked about how the situation differs from a divorced man to a divorced woman. They discussed the consequences after divorce at workplace, parties and in society.

Malaika shared that she still shares a cordial bond with Arbaaz and his family. Their son is the most important factor of their relationship and because of him, they can still bond over things.

Malaika Arora advised all the divorced women to enjoy their life and sense and freedom. She thinks not all the changes in life are bad.

The show ended with both the actresses saying ‘Toodles.’

On ‘What Women Want’, Kareena interview various ladies and let them talk about different aspects of women’s lives. This episode was based upon women and divorce.