Kangana Ranaut’s Next Directorial Will Be Her Own Biopic ! 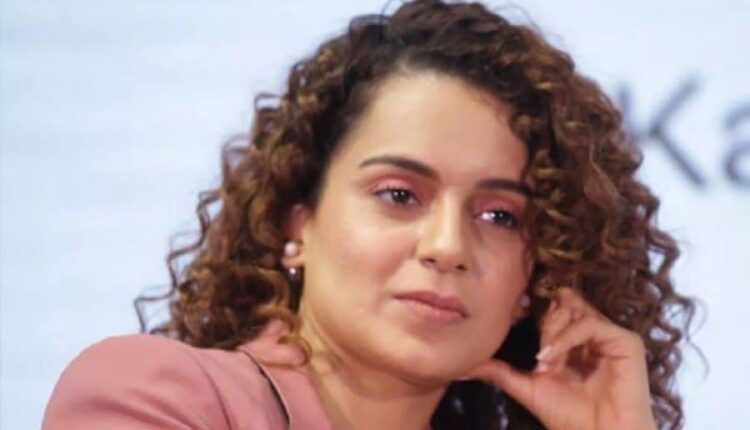 The boldest actress of Bollywood Kangana Ranaut is all set to direct the film based upon her own life story. After the huge success of “Manikarnika: The Queen of Jhansi,” she will soon bring out herself as a Queen in her own memoirs.

She said that this project is not any ‘Propaganda’, she just wants to share her journey with her fans.

The script of her biopic will be written by KV Vijeyandra who wrote Bahubali as well as Manikarnika. Kangana Ranaut told that Vijeyandra asked her 12 weeks ago to let him write a story based on her life.

She was nervous in the beginning but after some time she gathered the confidence to trust Vijeyandra with his pen and permitted him to do this project.

Kangana Ranaut said that she doesn’t want to mention any names in her next directorial because she wants to focus on her own journey. Taking names of people will create turbulence which may mislead the story of her own. She just wants to focus on various aspects of her life.

Kangana accepted that her journey was full of people. She doesn’t want to mention people who created disturbances in her journey.

Kangana wants to inspire people who are scared to step forward who are afraid because they don’t have any support to do that. She entered Bollywood with her debut film Gangster in 2006. Her other remarkable films include Fashion, Tanu Weds Manu, Queen, Life in a Metro etc.

Though she is involved in many controversies, Kangana Ranaut never fears any media or any high-status person. Some of her controversies were her alleged relationship with Hrithik Roshan and her statements on Nepotism.

She survived all these battles with her smashing attitude. There was a controversy related to Manikarnika about the direction of this film but Manikarnika still did very well at box office. Kangana canceled the success party of this film because of the Pulwama incident.

She will be seen in Ekta Kapoor’s movie Mental Hai Kya. It is said that her biopic will be in the picture in December 2019. We are looking forward to watching Kangana Ranaut’s journey.

Gully Boy Movie Review : Alia and Ranveer at their best!