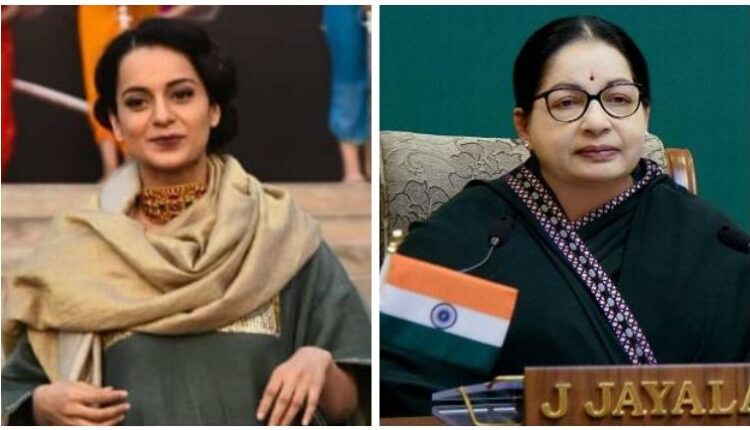 The bold and beautiful actress of Bollywood, Kangana Ranaut is all set for essaying the role of late Tamil Nadu Chief Minister and legendary actress J Jayalalithaa in her upcoming biopic. The film is titled as Thalaivi in Tamil and Jaya in Hindi.  Vijayendra Prasad penned this drama and Vijay will direct the film.

Before starting the shoot in September this year, Kangana Ranaut will be learning the Tamil language to perform this iconic role.

Kangana told, “The scenes will be in Tamil, and I will learn the language to understand the character better and feel closer to her. I will begin my language classes once I complete my commitments to Panga and Mental Hai Kya.”

Kangana feels that she finds her own journey in Jayalalithaa’s story. But she also feels that the success story of Jayalalithaa is much bigger than her.

She said, “In the first narration itself, I could see myself doing the part because it came naturally to me. I could have gone ahead with my own biopic, but this was much more enticing”.

This is not the first south movie of Kangana. She was seen opposite Prabhas in Puri Jagannadh’s Telugu action film. She did the film Ek Niranjan in 2009 and Jayam Ravi’s movie Dhaam Dhoom in 2008.

When asked about working in regional films, Kangana said that regional films always interest her. While promoting regional films, actors get to know about the people, industry and the region. She also said that she was looking for the right script to come her way and when it did, she lapped it up.

It is being said that this movie will make Kangana Ranaut the highest paid actress as she will be getting 24 Crores for the film.

A source related to the film told media that, “Kangana is being paid to the tune of Rs 24 crore for the bilingual project, which will be made in Hindi and Tamil. The makers are sure that her star power will help reach a pan-India audience. The producers have already signed a contract with her.”

The amount is almost double of what Deepika got in Padmavaat.