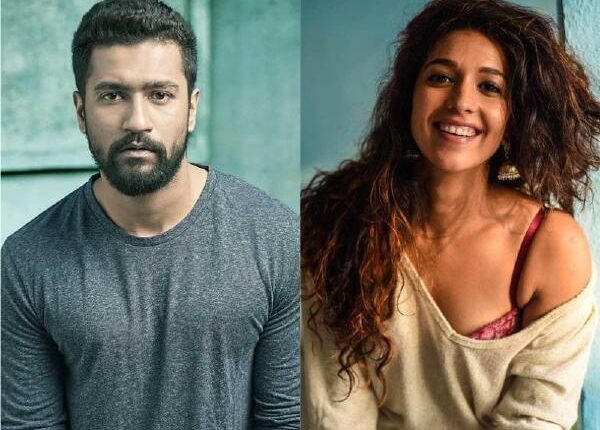 According to reports, Actor and Dancer Harleen Sethi have unfollowed her rumoured boyfriend Vicky Kaushal on Instagram. The couple never accepted about their relationship, but Vicky gave some hints of Koffee with Karan and Famously Filmfare interview.

For Vicky Kaushal,  2018 was a great year. With Raazi, Sanju and Netflix film Love per Square Foot got him laurels. Everyone appreciated his work in the film Manmarziyaan.  His film Uri: The Surgical Strike released in 2019 and that made him a Bollywood A-lister.

How Vicky Kaushal gave hints about their relationship?

On Neha Dhupia’s chat show called No Filter Neha, Neha asked Vicky Kaushal that whom he would pick if he had to swipe right on Tinder. She gave him some options and it had Harleen’s name too. He admitted that he would swipe right for Harleen many times and said “Right, super up, up. Up Matlab jitna chadh jaaye”.

On Koffee with Karan, he did not take the name, but he said that “It’s a new relationship, but it is very serious.”

In the Famously Filmfare interview, When editor Jitesh Pillai asked him about his relationship.  Vicky told, “It was beautiful to get to know each other but at the same time feeling right from the very beginning. It started from last year only. We just happened to meet through common friends. We never questioned it. Whatever happened, happened in a very organic way. We enjoy each other’s company and we are each other’s best critics.”

After the success party of URI, Harleen uploaded a picture of her with Vicky. They can be seen wearing black T-shirts with Uri’s famous dialogue ‘How’s the josh’ written on it. She captioned the photo with “High Sir!”

Is Katrina Kaif Responsible for all that happened?

On Karan Johar’s show, Katrina said that she would look great with Vicky Kaushal. Later when Vicky got to know this, he was shocked and fell off the couch. Later, both of them interacted at an award ceremony. Vicky teasingly asked Katrina to marry him with the song Muzse Shaadi Karogi. According to reports, when Harleen came to know this, she broke up with Vicky.

Vicky Kaushal and Katrina came together for an episode of ‘Tape Cast’. Therefore whatever happened just seems like a promotional strategy. It is still interesting to know if something is there between them?