“Four More Shots Please!” has been one of the favourite amazon prime tv series among teens. The series broke the stereotypes of women tagged as spoilt if they drink. Also, how the parents upbringing can cause a significant role in a kids life, relationship spinoffs, being the chubby girl and many more issues are being encountered in the film. 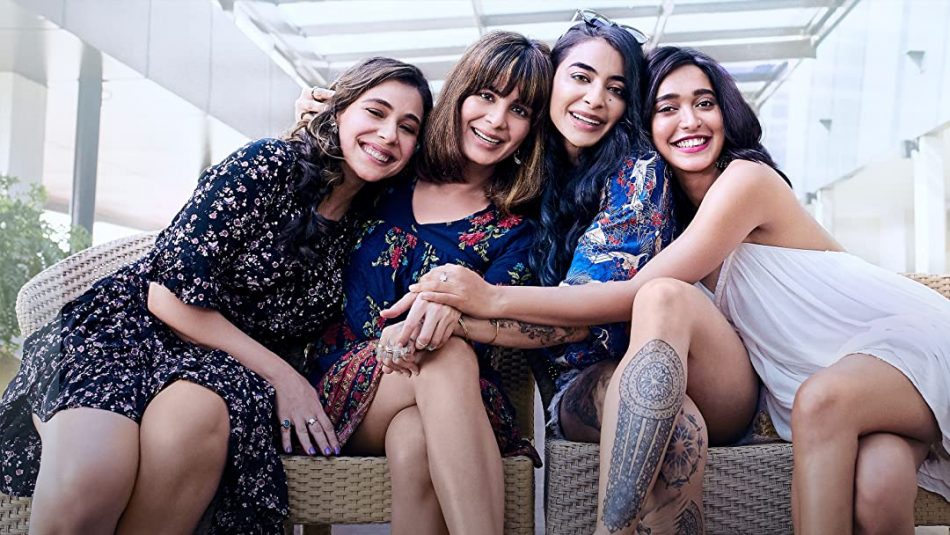 The Four More Shots Please Season 3 will be releasing in April 2020. The trailer is not released yet, might release in the upcoming year.

As the show ended with tragic events, all the girls will be miserably broken but will still have each other in their lives. Siddhi Patel might be in the spotlight with a new character, as she broke up the bonds with Mihir because she got closure about their relationship. Damini might fly to Singapore with Dr Aamir Warsi, after losing her baby at the end of season 2. But she will soon realise that she loves Jeh, so the fandom still hopes for their relationship.

Anjana will live with the guilt of breaking Sushmita’s relationship with Sashank. She might also date Varun, her ex-husband again as Varun cannot connect with Kavya. Umang the runaway bride, who left Samara Khan in the middle of the wedding. Umang loves Samara, but Samara acts all self-centred, which makes her question about their relationship. Before the wedding, Samara signs a one year letter of films which makes

Umang realises that Samara is never going to find space for her. As we saw before the wedding, Umang doesn’t get to spend time with Samara due to shoots and arrangements. The next season will be all about Samara trying to change herself for Umang or getting depressed like the previous season.

The series is about four girls who have a colourful life with mother issues, relationship issues, and breaking stereotypes. In the last season, we saw Samara accepting herself as a Lesbian Actress. With the help of Umang, Samara stands back on her feet with confidence. Siddhi who rejected Mihir might create problems between her relationship with her mother. Also, as her dad died, the family will be facing grief.

We also saw that Damini loses her baby because of the fight between Jeh and Dr Aamir Warsi. Anjana gets caught with Shashank, who is a married man, claimed to be in an open relationship. However, his wife Sushmita finds out during Samara’s and Umang’s pre-wedding sangeet. Also Siddhi after getting caught with the sensual act she performs on the web, her mother starts getting more understanding about her situation.

- Subscribe us on Google News Get the Latest news updates on WhatsApp & Telegram by subscribing to our channels.
Tags
Four More Shots Please Season 3