Esha Gupta responds to Rumors about Wedding to Hardik Pandya 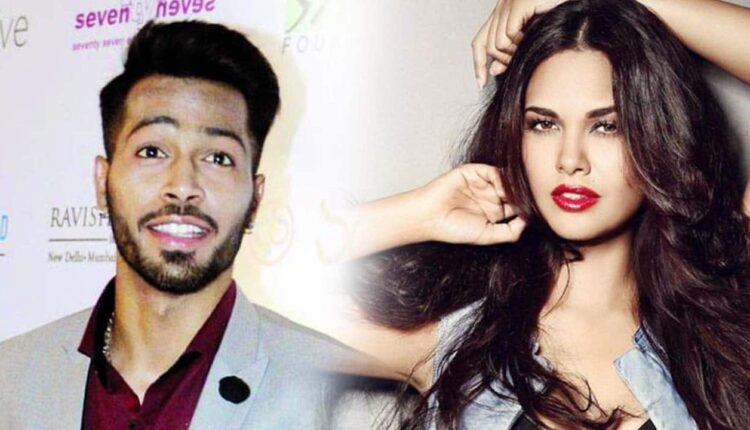 After being flooded by news of speculations about a wedding being planned with Hardik Pandya, Esha Gupta has finally responded to the rumor mongers. The former Miss India International shut down the rumors with an Instagram story which may also have hinted at a confirmation on whether they are dating or not.

Gupta in her story mentioned ‘…straight news about me getting married. No not even close to marriage’. The actress also added that ‘I love the media’s support always, but please don’t disrespect mine n the person in question, our personal life. (sic)”

The model turned actress had also dismissed the rumor at a recently held beauty event and was quoted as saying, “I’m not getting married anytime soon. I’ll let everyone know when I do.” None of her statements ever hinted at any denial of a relationship with the cricketer.

The rumors of a brewing romance started after the flamboyant cricketer and the actress were seen hitting it off at a party. It is believed that the two made every attempt to ensure that their dating life was not privy to the media or any outsiders.  The couple is believed to be taking things one step at a time and is focussed on getting to know each other over other commitment related aspects. Many leading tabloids and dailies have reported that the couple’s relationship is growing stronger by the day. However, insiders reveal that the media will have to wait for a while for an official confirmation as both the parties are not interested in making their private lives public.

The news of Esha and Pandya dating came as a surprise to many as the latter had got out of a relationship not long ago. The all-rounder cricketer previously dated actress Elli Avram, who was also seen at Pandya’s brother’s wedding reception which had also sparked wedding rumors. If sources are to be believed, Elli and Hardik ended their relationship as Avram was looking for a commitment and Hardik was not ready for the same.  He was also linked to model and actress Urvashi Rautella before the news of him dating Esha Gupta emerged.

On the professional front, Esha Gupta has a number of films in her kitty and some of the upcoming ones include Paltan, Total Dhamaal, and an Iranian movie. The actress was last seen in Milan Luthria’s Badshaho.