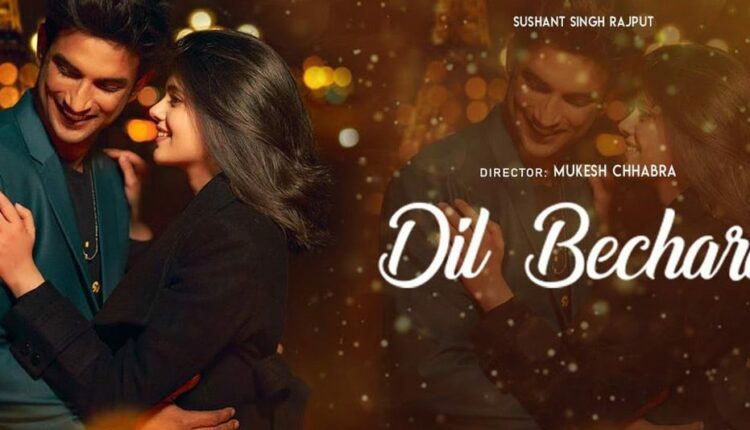 last film. The moment it was released, social media flooded with everyone’s emotional messages for the late actor Sushant. The film is the directorial debut of  Mukesh Chhabra. It is a remake of the Hollywood movie “The fault in our stars.” Currently, the film has a 10 rating on IMDb.

The fans and colleagues had a hard time watching the movie as Sushant’s death was very unexpected for everyone. They were many emotional posts on social media showing how much they miss him and also celebrating his last movie.

The movie’s release date has been postponed multiple times due to delays in post-production in the industry, which is one of the problems due to the Coronavirus Pandemic. The movie finally released on 24 July 2020. It is currently streaming on Disney+ Hotstar.

The main star cast of the movie is “Sushant Singh Rajput” who plays the role of “Immanuel Rajkumar Junior” aka Manny, “Sanjana Sanghi” is playing Kizie Basu. The story revolves around Manny and Kizie, showing their story of how they fall in love. Other cast members include “Saif Ali Khan” as Aftab Khan, “Sahil Vaid” as JP, Milind Gunaji, and Javed Jaffrey. 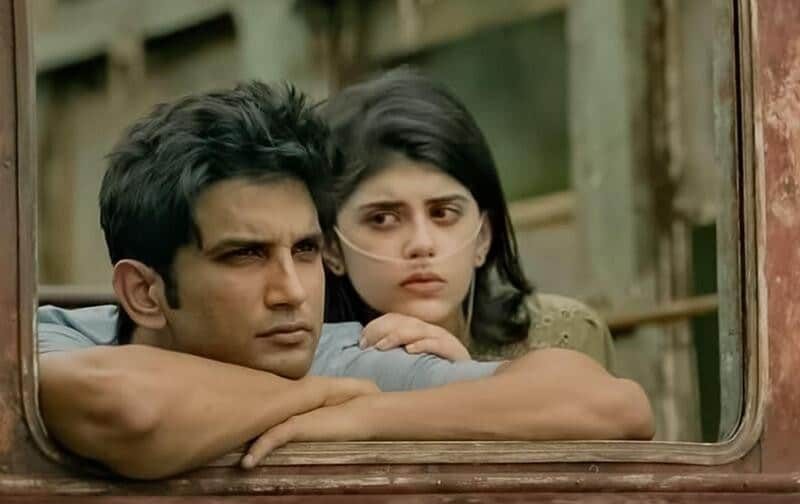 The story is about Kizie, who is fighting thyroid cancer and when she meets Manny, who suffered from osteosarcoma, but now he is partially cured. Kizie tries to maintain her distance from him. However, they fell in love while bonding over music and movies. The story proves that love always finds its way, and it knows no boundaries! Kizzie’s health keeps getting worse, so both of them visit Paris to fulfill her last wish.

Many Bollywood celebrities have shared the posters of the late actor’s movie on social media to persuade the audience to watch the film and also to support him even after he’s gone. It shows how much he was loved by the people around him as well as his fans. Some of the tweets made by Bollywood actors are right here!

As promised -I am ready with my popcorn ?.. watching #DilBechara Time to celebrate #SushantSinghRajput May you be the brightest star in the sky. pic.twitter.com/KmEUPwqBmf

My buddy #SushanthSinghRajput you will be missed so so so much, I can't imagine how sad your family must be after seeing #DilBechara
You were the life of this film and the irony is you aren't in this life anymore. ?
?????????????

#DilBechara #SushantSinghRajput you were outstanding , one more time… One last time ?
Will miss you ♥️ pic.twitter.com/5ec5HB2yl5

Whole Bollywood and Sushant’s fans couldn’t stop praising the movie, and also everyone is missing him. It would’ve been so good if he was still here with us to watch this film receiving love from the audience. Let’s hope he’s somewhere watching how much he’s loved!