Did Shraddha Kapoor Break Up With Boyfriend Rohan Shreshtha? : Are Wedding Rumours False? 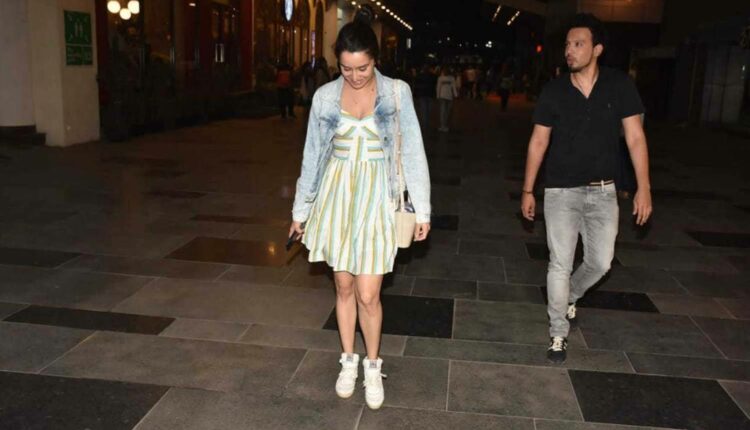 Bollywood is giving wedding news every now and then and with that, we can finally say that the wedding season of Bollywood is finally here. After Deepika Padukone-Ranveer Singh, Sonam Kapoor- Anand Ahuja,  Priyanka Chopra-Nick Jonas, we heard about Varun Dhawan-Natasha Dalal, Ranbir Kapoor-Alia Bhatt, Farhan Akhtar- Shibani Dandekar, Malaika Arora-Arjun Kapoor weddings. But now Shraddha Kapoor is in news for planning to tie a knot with rumoured boyfriend Rohan Shrestha in 2020.

According to reports, Shraddha’s family think that it’s the right age for her to settle down. Shraddha Kapoor and Rohan Shrestha have started dating over a year. Both of them have never admitted their relationship in public as they didn’t want any limelight. They have known each other for a long time. Shraddha came out of her failed relationship with Farhan Akhtar and now she is looking forward to settling down. Farhan Akhtar is now dating Shibani Dandekar and it is said that they will get married this year.

As she recently turned 33 on 3rd March 2019, her parents are trying to convince her to take this important decision. Shraddha and Rohan are taking and thinking about it. If things go smoothly, Shraddha will become Mrs Shrestha soon.

Did Shradhha Kapoor and Rohan Shreshtha Break up?

But contrary to this, Bollywood media digital platform, PinkVilla has learned that both of them broke up due to work commitments. They are busy with various projects and cannot find time for each other. Therefore, the news of their marriage may not be true.

Earlier, when asked about dating Shraddha, Rohan told, “We have been extremely close for the last 9 years, but NO, I am not dating her. I met her at a party and we instantly hit it off. First impressions I definitely thought she was cute but have only remained best friends ever since.”

Now the truth will be only what Shraddha and Rohan will say about their life.

On the work front, Shraddha Kapoor is currently shooting for her upcoming film Street Dancer 3D with Varun Dhawan. She has also signed a film called Saaho with Baahubali fame actor Prabhas.

Whatever happens, wedding bells will not stop ringing in Bollywood.

US to recognize disputed Golan heights as Israeli territory