Brahmastra: The biggest weapon of the year is on verge of arrival 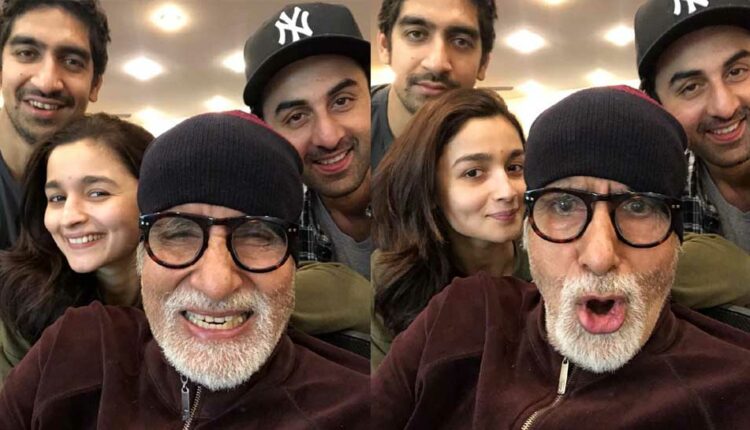 A well known upcoming 2020 fantasy romance, superhero film written and directed by Ayan Mukherji and produced by Karan Johar, Brahmastra have now become a topic of discussion. A tweet of Amitabh Bachchan reveals the date of release to be 4th December 2020.

This movie is a mythological representation of the supernatural fairy tale at heart. A story of shiva, a hesitant man who sets out on a startling excursion of self-disclosure and love, which drives him to ascend against the dull powers that undermine our very presence. It’s the first time when Ranbir and Alia are sharing the screen together.

This film is one of the most-anticipated amongst the fans due to many reasons. As it is a mystical fantasy drama that is directly connected with mythology. Secondly, this film brings real-life Jodi together for the first time. Third, it is the first film in the trilogy. Fourth, Amitabh Bachchan is the plus point in the movie.

In a literal sense, Brahmastra is a weapon of Brahma, a Hindu god called the creator of the universe. So the story revolves around the god’s ultimate weapon that is only peerless in power.

The fantasy film was earlier scheduled to release on December 25 last year, but not the date is locked in the audience on December 4 this year. It’s appreciable to discuss the dedication of Ayan. He has worked for six years for this story and the trilogy will span over the next ten years.

About a year ago at the Kumbh Mela Shivaratri, the logo of brahmastra was unveiled. 150 drones lit at night sky in the form of brahmastra’s logo.

Recently, Amitabh Bachchan shared some on-set pictures of him and Ranbir during the shooting, which gets viral immediately amongst the fans.