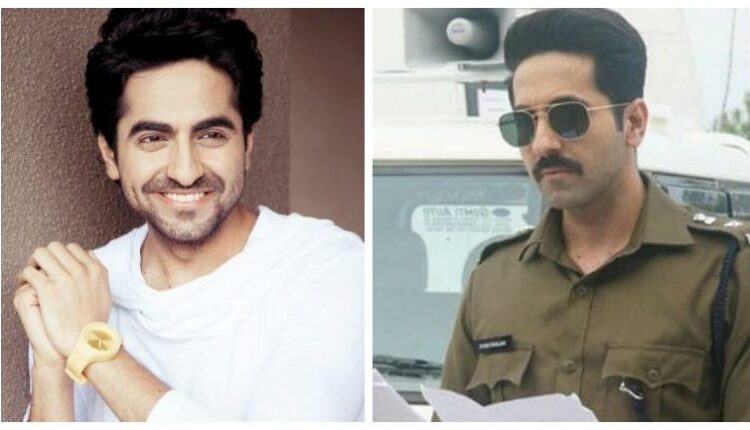 Ayushmann Khurrana has become one of the finest stars in a very short time.  His recent films Andhadhun and Badhaai Ho have done really well at the box office and his performance is appreciated with awards and words. Director Anubhav Sinha’s upcoming film Article 15 will feature Ayushmann Khurana and we can’t watch to witness another masterpiece. The film is based on the caste discriminations. It is based on Article 15 of the Indian Constitution that forbids people to discriminate on the basis of caste. Lead actor Ayushmann shared the first look of this film on 6th March 2019.

Ayushmann Khurrana announced the news of the film wrapping on his social media account. He shared a picture of his small 3D model and wrote, “Wrapped up a film which will become the most relevant and important film of Indian cinema. Thank you Anubhav Sinha sir for giving me this gem and thanks for writing the most realistic cop role ever. Thanks to the entire crew and cast for this wonderful 3D mini model of mine. It’s a wrap! Love. Article 15”

The 3D miniature model that he shared a picture of, is gifted by the team.

In an interview, Ayushman Khurana admired his director saying “Anubhav Sinha is one such director who understands the complexities of our country. I loved Mulk. It was the most balanced film based on communalism and extremism and it will be an absolute pleasure to work with him on Article 15.”

Even Sinha admired Ayushmann saying “The film is an investigative drama where audience too is an accused party and hence, we needed an extraordinary actor like Ayushmann.”

Ayushmann is very dedicated to whatever he does. He even stepped into a swamp full of leeches to shoot a scene. He also shared the tweet about the same saying that it was a true test of his love for the craft and his work.

Celebrities who lost their lives in accidents!

Taylor Swift sends a merchandise to a flight nurse as a token of gratitude. The Viral…