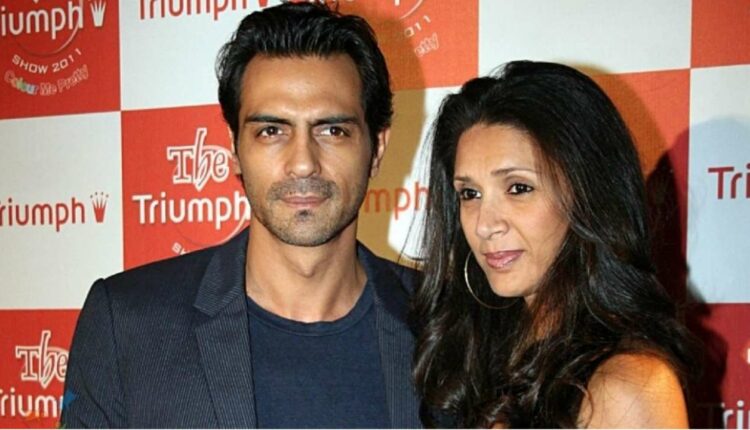 Arjun Rampal and Mehr Jesia are now officially on their separate ways after ending their 21 years of  marriage. Six months after they filed for divorce with a mutual consent, the court has granted divorce to the RaOne star and Mehr. Principal judge Shailaja Sawant granted the duo divorce under the Special marriage act. The couple had approached the court to dissolve their marriage by consent on April 30 this year.

While the exact terms of the divorce are not known, their two daughters Mahikaa and Myra will stay with their mother in Bandra.

Interfaith marriages are registered under the Special Marriage Act, and any plea for divorce by mutual consent requires the couple to reside separately for a year before they approach the court.

An official from Bandra family court told Mumbai Mirror, “After a petition for divorce by mutual consent is filed, their plea is scrutinised, registered and then, the couple is referred to a marriage counsellor to attempt a reconciliation. If that fails, the couple is given six more months to work things out. Six months later, if they are resolute in their decision to part ways and have complied with the terms of divorce mutually agreed to between them, a court draws up a decree of divorce.”

Mehr and Arjun’s marriage had hit a rough patch in 2011 and reports of separation first emerged then but it was only seven years later (2018), when they officially announced their separation. This was four months after Arjun moved out of their Bandra duplex home into a rented 2 BHK apartment.

Arjun is currently in a happy place with a popular South African model and designer Gabriella Demetriades who also gave birth to his son named Arik earlier this year. When the actor was asked to comment on the news of his divorce, he refused to talk about it.

Akshay Kumar is all set to surpass the 1000 crore mark at the box office in a year : See details