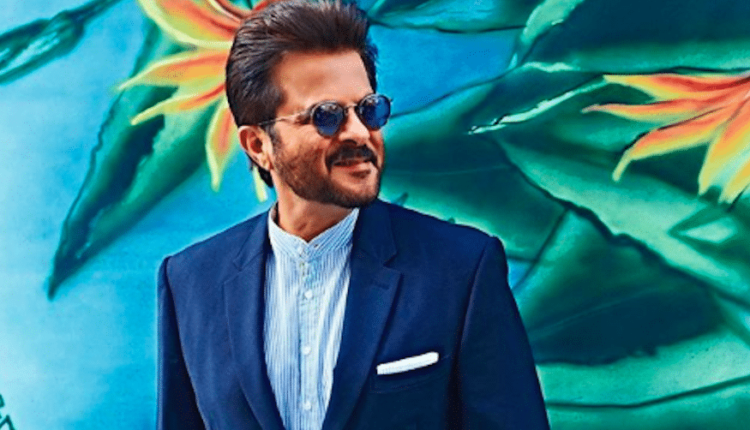 Anil Kapoor is one of the charming actors of Bollywood who is aging reversely and who has never felt insecure in his last 40 years of career. But what made him insecure after so many years? Is he afraid of any film star? Or he is insecure about getting better roles? No. He got insecure on a dance reality show because he got to see his doppelganger, Aarif Khan. Yes, you read it right.

In the third season of Super Dancer, Anil Kapoor and Madhuri Dixit will be seen as special guests. They will be promoting their upcoming film Total Dhamal. When they were on the show, Anil’s doppelganger made a dashing entry on the song ‘Ae Ji O Ji’ with the same steps that Anil Kapoor did in his original song.  Later, Anil joined him and admitted that he is insecure. Anil Said that he used to feel no one is better than him but now he realized that there is Aarif who has better moves, skills, face, and physique.

Aarif Khan is famous and he has done almost 3000 performances in India and abroad. He also recited one of the Tezaab’s dialogues on stage. Anil Kapoor said that he felt blessed that because of his work Aarif have been doing many shows and that is something he is doing for his living. Anil said that he is proud of Aarif. He also said that he hasn’t done many films but now he wants to do 6000 more.

In the end, Aarif flirted with the judge Geeta Kapoor jokingly and she also played along by saying “Why would I choose a duplicate over the original one?”

Many Bollywood stars have a doppelganger and they get a bit insecure because their identity may be misused. Karan Johar, Ranbir Kapoor, Sanjay Dutt, Shah Rukh Khan all these megastars have look-alikes and internet keep constantly telling this in articles, listicles, and news. Karan Johar’s Doppelganger literally left him speechless when he posted a photo of him on twitter tagging KJo. Recently Anushka Sharma and her look-alike Julia went viral on the internet.

Anil Kapoor will be seen in comedy movie Total Dhamaal along with Madhuri Dixit, Ajay Devgan, Riteish Deshmukh. This movie is releasing on 22nd February 2019.