Amitabh Bachchan Says “Bachchan Is a Brand and I am Proud to Carry Forward The Legacy.” 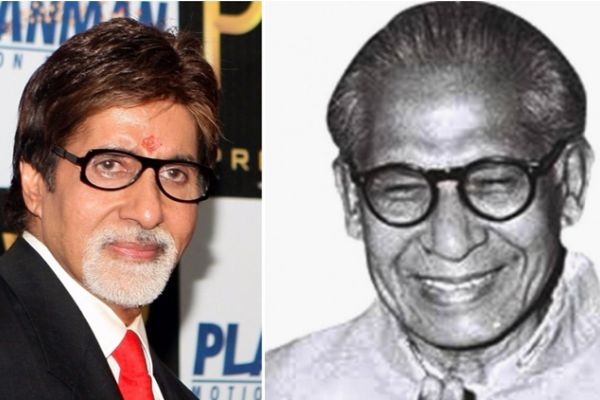 Amitabh Bachchan recently completed 50 years in Bollywood. His name has become a brand in Bollywood industry. But do you know that Bachchan is not his real surname? Yes! You read it right. The surname that he has been using is taken from his father. His real surname is Shrivastava. Bachchan (Means ‘like a child’) is the pen name that his father used. His father, Harivansh Rai Bachchan was a great Hindi poet. He is known for his work ‘Madhushala.’ He also received Padma Bhushan for his contribution to Hindi Literature.

Why did Amitabh adopt this surname while entering in this industry? Amitabh Bachchan recently commented on removing Shrivastava from his name. He talked about why his father changed his surname and that’s the same reason Big B changed his too.

While inaugurating International Advertising Association World Congress, Amitabh Bachchan told that his father changed his surname from Shrivastava to Bachchan, to remove the concept and stereotype related to caste. He also told that when anyone hears Shrivastava, they relate that surname to a particular caste. The surname put the person in caste-related stereotype.

People start saying ‘Ye Brahman Hai, Ye Dalit Hai, Ye Kshatriya Hai’ after looking at the surname. “My father didn’t want to promote such divisions by his last name. My father removed the caste from his name and adopted the name Harivansh Rai Bachchan. Bachchan became our family surname. Bachchan was my father’s brand of declining the labels of caste. I am proud to continue the legacy. I am a Bachchan,” Big B added.

This all happened when he was talking about the brands. According to him, every person is a brand who should focus on the betterment of the nation. Regarding this gave an example of his father about removing caste-based surname. He said that Bachchan is a brand which propagates a particular thought to contribute towards society and this nation.

On the work front, Bachchan will be seen with Tapsee Pannu in his upcoming movie Badla. His upcoming movies include Bramhastra and Jhund which are releasing in August and September respectively. Bramhastra also features Ranbir Kapoor and Alia Bhatta.