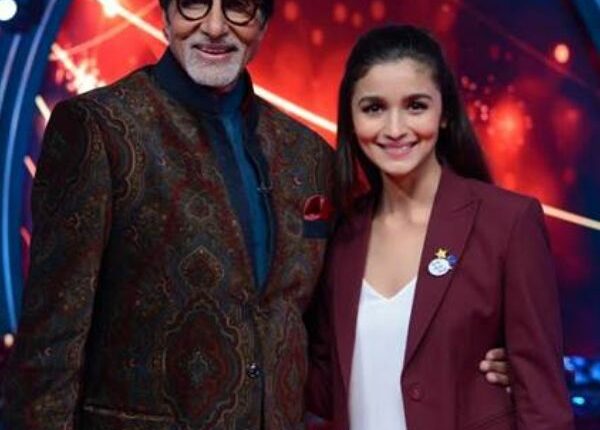 Amitabh Bachchan is a living legend and getting appreciation from him is like the validation for the performance. Do you know that recently all the primary actors of Gully Boy got the best certification for their performance? Mr Bachchan has sent them handwritten letters to all of them and they still don’t believe what has just happened to them. Alia Bhatt, Ranveer Singh, Siddharth Chaturvedi and Vijay Varma received handwritten letters and flower bouquets from Amitabh Bachchan aka the living legend of Bollywood. When they received the letter, they were on cloud nine. At least this is what their social handles tell.

After receiving a letter from Big B, Ranveer Singh took his Instagram to express the gratitude. He posted a picture of that letter covered in an envelope and quoted it with ‘Sabse Khaas Purskar.’ (The Best Award) Ranveer Singh played the lead role in this movie. He portrayed 22-Year-old Murad. Amitabh Bachchan loved his performance. Ranveer also got admiration from the Hollywood rapper, Will Smith.

For Siddhant Chaturvedi, it was impossible to believe that he received a handwritten note from Big B for his debut film. He posted a picture of him holding that letter and bouquet and wrote a Hindi message which can be translated as, “@amitabhbachchan Hello, it is unbelievable that you sent me a gift and your blessings. I cannot express this in words. I feel lucky about this. I just want your blessings for my further journey.” Siddhant played the role of the rapper MC Sher.

Alia Bhatt also expressed her gratitude on her Instagram handle. The actress was elated when she received a handwritten note from Mr Bachchan. She wrote, “It’s not every day you receive a letter from the legend. Grateful.” Alia and Amitabh Bachchan will be seen in Brahmastra, which will release in December 2019. Along with these two, Ranbir Kapoor is also there in Bramastra.

Another supporting actor of this film, Vijay Varma wrote, “That’s it! Thappa lag gaya:) I’m so honoured and touched by your kind gesture @SrBachchan, sir. It took me some time to process this one. Always in awe and love #Gullyboy #Moeen.” He has worked with Amitabh Bachchan in the Movie Pink. Amitabh mentioned about it in the letter. Vijay played the role of Moeen in Gully Boy.

How to Root Realme 1 and Install TWRP Recovery