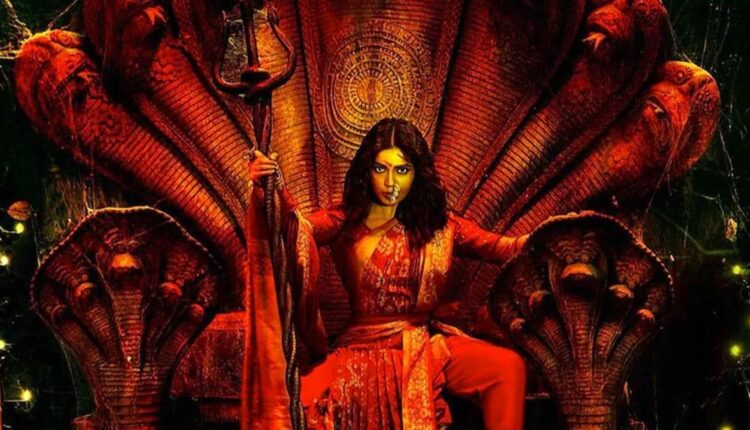 Bhumi Pednekar starrer Durgamati‘s trailer is out!! Durgamati is an upcoming Bollywood thriller film directed by G. Ashok, produced by Akshay Kumar, Bhushan Kumar, and Krishan Kumar, presented by T-Series, Cape Good Films. The upcoming movie is the remake of the Tollywood film “Bhaagamathie” that featured Baahubali‘s actress Anushka Shetty. The production and filming are all done, and the movie is all set for release. Have you watched the official trailer of the thriller yet?? If you didn’t stream it, you could watch it at the end of the article. Do we have an official release date for Durgamati?? Yes, of course, the film is scheduled to premiere on 11 December on Amazon Prime Video exclusively.

Who is in the Cast?

In Durgamati, Bhumi plays the role of IAS, who wishes to serve the people in their locality along with her love. Ishwar Prasad, a politician in the town, misuses his power, cheats with people, and steals the ancient idols from the temples to make money. To look into the theft case, CBI officer Nidhi Verma interrogates Chanchal

, a suspect, because she worked under Ishwar Prasad and killed her beau.

Here comes the twist, why would Chanchal kill her beau?? Did she cheat on him for wealth to support the leader?? Or was she forced to do that?? Watch the movie on 11 December to know. The Tollywood film was released in 2018 and impressed the audience with powerful dialogues, storylines, and background scores. It is one of the most grossed movies of Anushka Shetty; She was highly praised for her performance.

After watching the Bollywood film’s trailer, fans don’t seem to be satisfied with Durgamati compared to Bhaagamathie. Why do you think Durgamati failed to fascinate the audience? What was missing?? Let me know in the comments section. Due to a controversy, the film title was changed to Durgamati from Durgavati. We wish good luck to the entire team of Durgamati.