Sardar Ka Grandson is the most awaited film of Arjun Kapoor! A new song is all set to release tomorrow

I am a huge fan of the movie Ek Villain. The movie is so pure and shows how a simple girl leads her life accomplishing a diary full of wishes with the help of a man without the fear of death. The first part featured Siddharth Malhotra and Shraddha Kapoor as the main leads, Ritesh Deshmukh was seen playing the negative role. However, Ek Villain won hearts with the beautiful story.

On hearing about Ek Villain Returns people got super excited about the film and are looking forward to the film. Ek Villain Returns features Arjun Kapoor, Disha Patani, and Tara Sutaria in the lead roles. John Abraham is also cast in a significant role opposite Disha Patani. Mohit Suri directs the sequel again and is presented by Balaji Motion Pictures and T-series.

Well, Mohit Suri‘s films are mostly shot in Goa covering the beautiful trees and seas at exotic locations. Rumors stated that the main lead was initially offered to Aditya Roy Kapur but the actor had to drop due to few clashes with the director. The first part was a revenge story, what you think would be the storyline of Ek Villain Returns? Will it follow the same pattern or would it pick a different storyline? 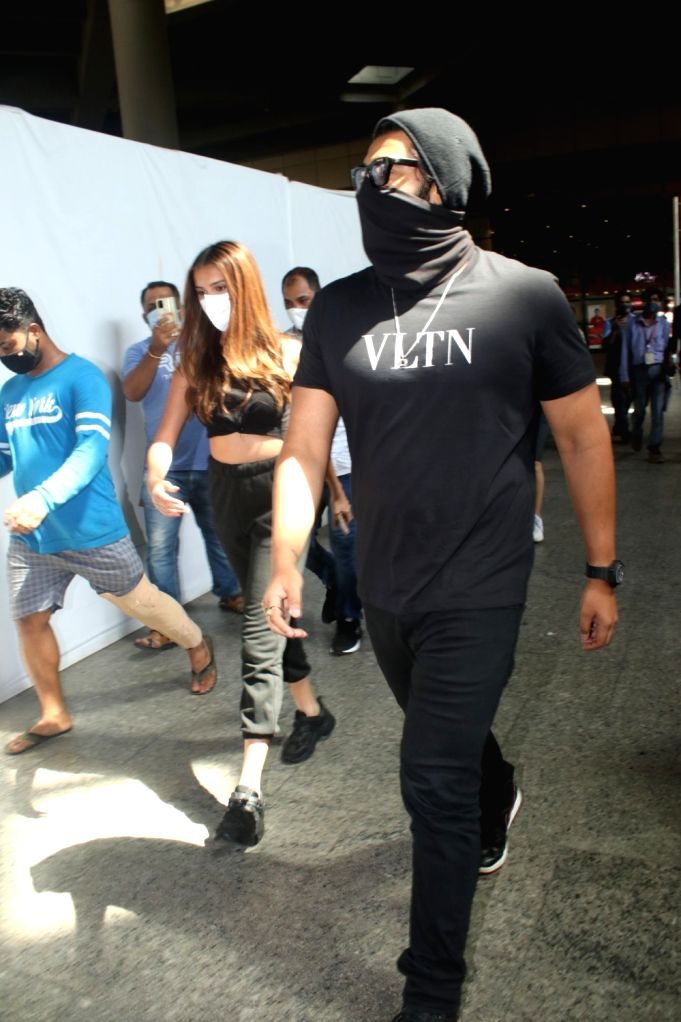 It is Tara‘s first collab with Arjun Kapoor

! We are so excited to see the couple on screen. Arjun and Tara got papped recently at the Mumbai airport after the wrap of the second schedule in Goa. The duo looked stylish in their black outfits. Ek Villain Returns is scheduled to have a release on 11 February 2022.

Arjun Kapoor is having great films in his kitty. His upcoming films include Bhoot Police, F2: Fun and Frustration (remake of Tollywood film on the same name), and Sardar Ka Grandson. Netflix‘s Sardar Ka Grandson is receiving positive critics with the released songs and trailer. Our fun Arjun Kapoor is back with the beautiful ladies– Rakul Preet Singh, Neena Gupta, Aditi Rao Hydari, Soni Razdan, and Divya Seth. John Abraham is also a part of the film.

‘Dil Hai Deewana’ song featuring Arjun Kapoor and Rakul Preet was out a week ago and has become one of the most-watched songs in recent times. And a new song titled Jee Ni Karda is all set to release tomorrow. The stars have released a glimpse of the new song and it is all about love and celebration. Can’t wait to watch it tomorrow!

Netflix confirms the release of The Witcher Season 2! We would also get to see the anime version of the series