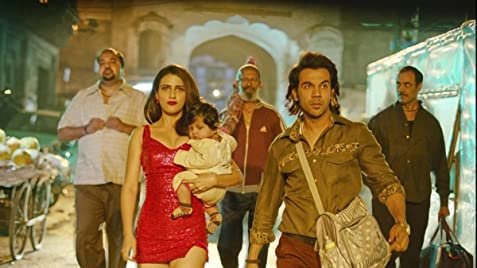 Actor Ali Fazal recently reviewed Anurag Basu’s directorial film Ludo and showered heaps of appreciation for the entire cast of this Netflix Original super hit ‘Dramedy’. The actor uploaded several social media posts hailing one of the main actors, Rajkummar Rao’s for his acting skills and also praised the director for his work.

The actor wrote, “OUTSTANDING Is an understatement!” Through his post he explains how overwhelming was Rajkummar Rao’s work which marks the work of a true artist and praised his timing and monologues. He confessed he has not laughed so much throughout a film since ages. He also used his posts to appreciate the other stars of the movie. Ali termed the film as a “Masterpiece” for it has taught him several lessons.

In the second post, Ali praised the director, Anurag Basu who is best known for Barfi. Ali also lauds Anurag Basu’s vision and said that he loved every frame he shot and how each each element is portrayed as a character in Ludo.

and shared her view on this dark comedy movie on Twitter. The actress shared the Ludo trailer on the micro-blogging site and wrote how Ludo was full of madness and fun. She also praised the director’s work and his writing skills. She also mentioned that she was excited to watch the film, having so many of her friends in the cast. She had wished them good luck and sent lots of love. She urged all her fans to watch the movie as they can see a bunch of talent and creativity in one frame.

Ludo was released on 12th November and has been on the Netflix Trending list from the very first day of its release. The movie has been appreciated by many Bollywood stars praising the movie cast and director Anurag Basu. As many starts have posted their reviews on their social media handles, the movie is receiving more appreciation and praises from around the world.