For us, our favourite Bollywood stars are the personalities that we want to follow in all aspects. But little did we know, they have worked in some embarrassing advertisements and we wish they didn’t feature in those commercials.

Kareena Kapoor – Bebo aka Kareena Kapoor is well-known for her splendid roles she has done.  But for the launching of Malabar gold and diamond, she did one commercial which was ridiculous, and we couldn’t stand it. This commercial can be awarded as an epitome on senselessness. We don’t know how Bebo signed it.

Priyanka Chopra – Who doesn’t know her? This global personality is so famous for her careful nature while selecting a role. In her struggling time, she did a commercial of Josco Fashion Jewellery which is very embarrassing, and we think she will feel more awkward than us after watching that commercial now. In that, she follows some butterflies and suddenly tries to fetch some jewellery from air and we don’t know from where she directly gets into a shop. Her makeup, her dress and her acting (overacting) is so outlandish. If you will watch that commercial, you will be proud of PC for what she is now.

Shahrukh Khan- King Khan is also in this list, that too with his lovely wife, Gauri Khan. Many years back, he did a commercial of soap calledCinthol

and trust us or not, he touched the pinnacles of overacting and silliness. (Maybe that was the demand of that advertisement, but still)

Aamir Khan – Yes! Mr A perfectionist is on the list for a reason. He appeared in a Coke commercial and he played an NRI boy, who overacted like all other stars mentioned above. Also, he was seen in a girl’s outfit for no reason in the same advertisement.

Fareed Khan and Saif Ali Khan – If Mrs Khan can do it, why can’t Mr Khan? Saif Ali Khan and Fareed Khan, in 2014, did a commercial of Pepsi which turned out to be a very hilarious acting display of them. And the line they said, in the end, is truly epic and that is “Pepsi ke Liye ham Hai besharam”.

We don’t know what exactly their helplessness was, but these advertisements are really embarrassing and they themselves will laugh after watching now. But, it was a part of their career and growth, so it’s okay! 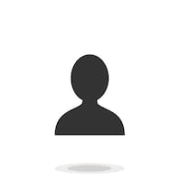 Katrina Kaif on breakup with Ranbir : Called it a blessing.

ALL IN ONE: Reliance Jio plans to provide ‘100 services’ in One App