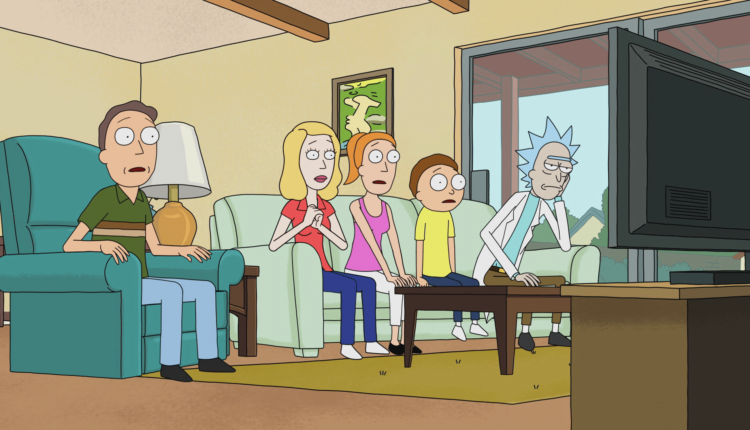 After dropping just 31 episodes in its first four years, Rick and Morty has been one of the most worshipped sci-fi shows in recent memory

The darkly comic half-hour Adult Swim hit from co-creators Dan Harmon and Justin Roiland (the voice of both Rick and Morty) is series of adventures of a boy and his alcoholic genius grandfather. The series just recently saw the premiere of Season 4, and this has us wondering about which Rick and Morty episodes from the past seasons are the best.

Ranking Rick and Morty episodes is an undertaking that not even enlisting Mr. Meeseeks could alleviate, considering the series’ reputation for the enduringly inventive methods of storytelling it has kept consistent since it premiered in 2013. Well, so here goes some top-ranked and must-watch picks for the top 5 Rick and Morty episodes, ranked according to our “bestometer”. Wubba lubba dub dub!

In one of the few episodes that sees Rick and Morty not taking heat from otherworldly evil, “Rixty Minutes” is essentially a collection of random pop culture riffs within the framing device of Rick setting up the Smith’s TV with interdimensional cable. That is until a docuseries from an alternate reality reveals what Beth and Jerry’s lives could have been having they chosen to abort Summer, inciting a deeply reflective discussion.

There is a reason why this makes the top-ranked episode, as the definitive Rick and Morty episode is, for one, it might be its funniest episode (Justin Roiland’s improvised Two Brothers trailer narration always cracks me up), and it shows no fear in exploring mature concepts in a dark, yet honest, manner. Not to mention, it spawned a hilariously meta sequel in Season 2.

With her marriage to Jerry ending, Beth hopes to smooth things out by taking the family to therapy. To avoid attending the session, Rick temporarily transforms himself into a pickle, hence the title, “Pickle Rick.”

This of the most worshipped, meme-inspiring, and, above all, absurd Rick and Morty episodes, and Emmy voters seemed to agree. The secret is that “Pickle Rick” is more than a violent battle between a vegetized Rick and a horde of sewer rats – it is a poignant exploration of the roots of the character’s deepest insecurities.

As a riff on the age-old tale of an adolescent going to extremely unconventional means to win the heart of their crush, Morty enlists Rick’s help in getting his classmate Jessica to go the school dance with him. Rick’s love potion is a success, at first, until it spreads across the entire town and the antidote only makes things worse.

This Rick and Morty episode is already on fire when it becomes an apocalyptic B-movie pitting reformed badass Jerry against the “Cronenbergs,” but what really makes this one a classic is Rick’s disturbing solution to ditch the current reality for a new dimension, where he and Morty assume the identities of murdered alternate versions of themselves. It is one of the series most haunting twists and crucial to its reputation for cleverly inserting horror into its broadly comedic storylines.

Our story begins with the introduction of Jerry’s brother, Uncle Steve, before taking a brutal surprise turn when Rick kills him, revealing that he never existed and is a product of a memory-altering parasite. Now, Rick, Morty, and the family must figure out who in their overcrowded household is real, doubting each other’s familiarity at every turn.

This is one of those Rick and Morty episodes that cleverly riffs on pop culture favorites, this time by incorporating themes of paranoia a la John Carpenter’s The Thing, which has the inclusion of actor Keith David in common with this episode. The pique of “Total Rickall’s” brilliance is the shocking reveal that Mr. Poopy Butthole, a character long suspected as an imposter, was real all along, despite never appearing in the series before.

In a clever bait and switch, the flash of this episode’s true title, “Tales from the Citadel,” revealed Rick and Morty’s Atlantis adventure to not be the show’s true plot. Instead, we get an anthology of slice-of-life tales from the secret society inhabited by Ricks and Mortys from differing realities known as the Citadel.

Featuring an intriguing role reversal that sees a hardened cop Morty partnered with a meek Rick and a terrifying payoff to the Season 1 reveal that Evil Morty is still at large, this episode is a thrilling and engrossing departure from the series more traditional adventures. It is yet another example of how Rick and Morty could master drama just as well as comedy.

Of course, there is no right or wrong answer in deciding which Ricky and Morty’s episode is the best. It’s no easy task to pick a clear favorite in a show of such profound versatility and razor-sharp wit. It gives you the sense that TV this good can only happen by accident. Now, with Season 4 now in progress on Adult Swim, the next chapter of Rick and Morty’s legacy continues to look bright.

Diljit Dosanjh supports Bharat Bandh called by farmers on Dec 8: ‘I am praying this issue is resolved soon’