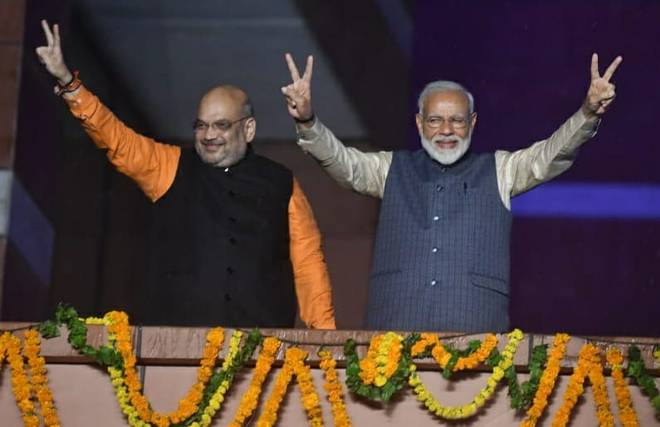 2019 Lok Sabha Election Results: A decade ago, Congress and its allies, UPA, swept away to power by winning 262 Lok Sabha seats with around 37.22% votes. On the other hand, NDA could win only 159 seats and got only 24.63% votes. Coming to the 17th Lok Sabha elections or the 2019 Lok Sabha elections, the picture is completely different. While the Modi led BJP, Government has won more than 303 seats, Rahul Gandhi’s UPA is struggling to reach the 100 mark.

While the one thing that remained constant between the 16th and the 17th Lok Sabha Elections is the Modi wave. The craze for our honorable Prime Minister is such that people might not even know the name of BJP candidate in their constituency standing in the elections, yet they voted for BJP, knowing that if they vote for the symbol Lotus, Modi will come to power (lotus is BJP’s party symbol). Schemes like Pradhan Mantri Jan Dhan Yojana, Skill India, Make in India initiative etc. helped NDA in hitting the bulls eye. Here is a break up of the that each party has captured in the 17

The fact that BJP has swept away 300+ seats alone is itself a proof of the work done by the Government in the past 5 years and the tremendous effort put in by the party to tide over anti-incumbency factor. Being a citizen of this country we can only hope that the person who leads us works for our nation’s welfare and improve the present situation of our country.