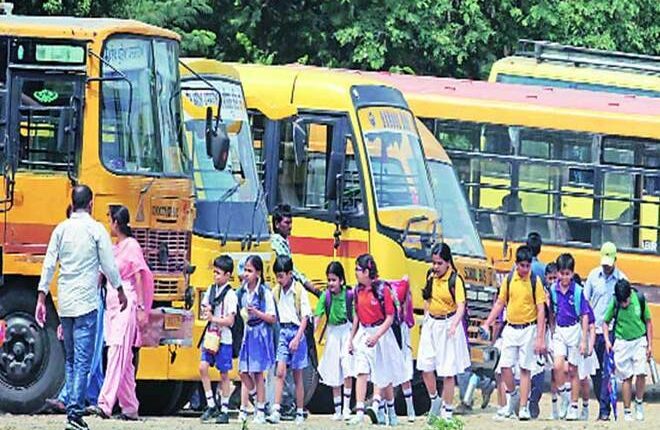 “School in Delhi which are closed due to the Coronavirus pandemic are likely to not reopen until a vaccine is available”, Manish Sisodia addressed the media on Tuesday.

“Until we get the vaccine in hand, schools are not likely to open Sisodia, who is also serving as Delhi’s Education Minister along with the post of Deputy Chief Minister”, said to the press.

Since March 16, 2020, schools and colleges are remained close due to the nationwide lockdown, universities and schools across the country follow the rule to shut down the schools to break the chain of Coronavirus and protect every individual. When the center announced a countrywide classroom shut down as part of measures to prevent the spread of the novel Coronavirus.

And the condition of National Capital is not so pleasant in order to control the increasing cases of Coronavirus. Delhi recorded 4,454 fresh cases on Monday and a positivity rate of 11.94 per cent while 121 more fatalities pushed the death toll to 8,512, authorities said in a statement.

According to the recent update issued by the Delhi Health Department, this relatively low number of fresh cases came out of the 37,307 tests conducted on Sunday, including 18,046 RT-PCR tests.

“The Delhi has recorded one of the most disturbed states in terms of facing fight against Coronavirus. It’s not the right time to reopen the school it may spread viruses among children and students that would cause a severe impact on the health of society.”

As many as 121 fatalities were listed on Monday, the same as the previous day. The sixth time in the last 12 days that the daily number of deaths has crossed the 100-mark. It’s a state responsibility to ensure the safety norms so the Delhi government has decided to shut down the school and colleges until a vaccine becomes available.

“We keep getting feedback from parents that they are really concerned about whether it is safe to reopen the school. It is not. Wherever schools have reopened, Coronavirus cases among students and children have risen. So we have decided that as of now school in Delhi, remains close. They will continue to be closed till further orders,” Sisodia had issued the statement on October 30, 2020 by saying parents are in favor to send their ward to school when cases are rising.

A countrywide lockdown was imposed on March 25, 2020. While several restrictions have been eased in different ‘unlock’ phases, except educational institution market, mall, theater, and temple etc stated to schools. At the time of issuing guidelines for ‘Unlock 5’ center said the state can take their call on opening school as per their situation. Some have issued the procedure to reopen the school while some state announced closure till situation come under control.

Memorandum of Understanding (MoU) Signed Between ICAI and Netherland VRC, the Union Cabinet Gives The Nod