Government job or Sarkari Naukri is a very old yet very attractive job prospect for students. It is a common belief that you have a Government job, your life is sorted which is true to some extent. If we look at the attractive perks and allowances that come packed with a government job, then the desperation for that will be justified. The most important perk of a Government job is Job security.

If we look around, the current market conditions show that out of 6 people 1 will lose his job citing the recession. The only people who will sail safely during this pandemic are either are the top community or the Government servants. This is simply because, as long as government functions it will require employees to carry out all the activities on its behalf. I have drawn a list of all the Government jobs that will take place in the year 2020. So, just go through the articles and mark your calendars.

If it is your dream to work as a Civil Servant under the Central government, then this field is for you. This the highest post which a government servant dreams to hold. The major job profiles associated with this exam are IAS, IPS, IFS, IRS etc. The student selected have to work for the people and it happens mostly that they are appointed as Secretaries under various Ministries.

There are a lot of perks and allowances that are associated with this Government jobs profile. The most important is respect and power which makes it so desirable amongst the students.

Now, coming back to the examination dates, the forms filling for the year 2020 is already over. The preliminary examination was scheduled for 31st May 2020 but are postponed citing COVID-19.

If there is one sector after the Health-care that is working every day in this pandemic it is the “Banking Sector”. No matter what is the situation the financial army of the country is ready to serve the people of India. This the reason Banking is an essential service in the world. There are a lot of perks that come packed with this Government job. Every year lakhs of aspirants fill for the banking vacancies, but only a few are able to crack the exam.

There are a lot of banks that release vacancies annually, viz SBI, IBPS and RBI. The SBI recruits students for three job-profiles mainly, that is PO, SO, Clerical. The IBPS is the umbrella organisation for recruitment in all the banks other than SBI, RBI. The whole process of conducting the exams is on the shoulders of IBPS. Now let us have a look on the calendar for the different Government job under banks:

RRB NTPC has released 35000 vacancies for the Non-Technical post, the preliminary exam is pending for the same. The RRB Group D examination is also pending for many vacancies

The staff selection commission of India or SSC is the 2nd biggest employment generator of Government job in our country. There are a lot of vacancies for which the SSC conducts the exam. It conducts exam for mainly three categories, CGL for graduate level, CHSL for 12th pass candidates and SSC MTS for 10th and 8th passed candidates.

After banking another sector, which will see a drastic increase in its business is the insurance sector. The reason being a lot of insurance schemes started by the government. The insurance sector is also an important arm in India for promoting Government job. The biggest government-owned insurance company LIC has taken a total of 30,000 candidates in 2019 under various job categories. Apart from LIC, another company that works hand in hand with LIC is the NIACL.

Love for the motherland and a sense of duty towards the protection of the country and its citizens define this field. It will be an insult to our soldiers if we call this a job. This is not a Government job, it is a selfless service that they do out of their love for India. But nevertheless, this sector receives the maximum funds in the government annual budget. This sector also generates a lot of opportunities in the government job sector. The three nodal agency which requires work-force is the Indian Army, Indian Air-force and Indian Navy. 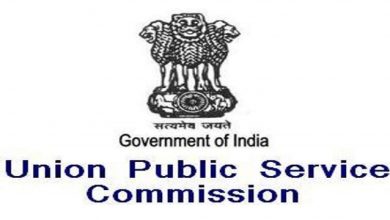 UPSC has released the most awaited CSE timetable 2020, Check now!