Often we see the famous or the non-famous singer, songwriter, writer, poet, painter and we sense that there is a difference. We can’t deny that there’s a difference between a street singer and a millionaire. Is it only the difference of lifestyle?

We all have a complete wrong misconception that poets, singers, writers live in a fantasy land. But it’s not totally true. Rather they collect fairy tales inside all the realism. No way to deny that everyone has a story but everyone does not express it. Why can’t we all say it? Because,  we are not a writer, or singer or songwriter. But having the same language, a creative one can suddenly express others story which is confined in their heart; and that’s their specialty, and for doing that they don’t need to stuck in fairyland; they just need to experiment realism with an abundant energy that generates spirit. It’s not true that they want to touch people by their work of art, but it is also true that they want to get touched  of the people that convert their work into art.

And so, Pablo Neruda also did the same. The Noble Prize winning, experimental poet believes strongly in romanticism; but this is not the prototype same romanticism. Life of Neruda was not very smooth. He was the son of  a railway worker. His mother died within a month of Neruda’s birth, and two years later his family moved to Temuo, a small town farther south in Chilie where his father remarried again.

Yet he didn’t deny the hard life; but very artistically, he started writing poems at the age of 10. Of course, he was discouraged to write first, but with his writing, he completed his study and secondary schooling there in 1920. Tall, shy, and lonely, Neruda read voraciously and was encouraged by the principal of the Temuco Girls’ School, Gabriela Mistral, who also was a gifted poet who would herself later become a Nobel laureate.

Neruda first published his poems in the local newspapers and later in journals. In 1921 he moved to Santiago for continuing his studies. With further studies, he became a French teacher then.  But that was the exact time that makes Neruda stands out to the edge of Universe; that was the time when he tasted what is called bohemianism.

The true realism reflects through Neruda’s each poem. Neruda was one who always told “ Why everyone sings only the song of Love. Why they don’t sing the song of life.’’ Love gives life another dimension indeed, but truly life gives love an extent of height which everyone not even is searching for. Life should be expressive, but within its subtle density, originality and metaphor. It’s just like that ‘I don’t love you except because I love you / I go from loving to not loving you, / From waiting to not waiting for you/ My heart moves from cold to fire.’( Pablo Neruda)

Neruda becomes famous at the age of 20; when his first two books get published. He left his French studies and involved her totally in poetry. He represented his own country for two times, but having all the fame he continued a living in abject poverty. However, he was the honorary consul, yet he received no salary, and he was tormented by loneliness.

In 1934, Neruda revealed the another form. He attached with the communism and his writing got the serious meaning within all the transparency. Neruda never wrote with books, he never wrote by words, he wrote by the pulse of experience. Maybe so that he can say, “Bend to you, and the measure of my changing love for you/ Is that I do not see you but love you blindly.’’

Life of Neruda is a never ending story; because he himself collected so many stories those don’t have any end-mark. Neruda was the one who showed it that sometimes, the walls that we create around us in order to protect our souls from the harsh realities of the pitiless world,  are the same world that confined our spirit from exploring the very known and unknown Universe just laying in front of us. Often, it is the difficult part to decide whether to seek refuge by the confinement we create around our self which is hanging us to our conventional roots; or to pursuit the sign of life. Life gives the sign like this suddenly and abruptly. But sometimes, it takes seven more lifetimes to realize the life and the stories inside till we turn into ashes and rise from all new like the Phoenix.

Memorandum of Understanding (MoU) Signed Between ICAI and Netherland VRC, the Union Cabinet Gives The Nod 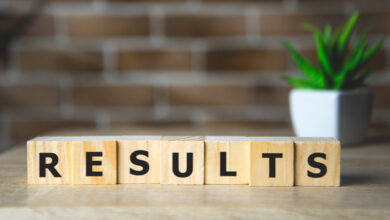 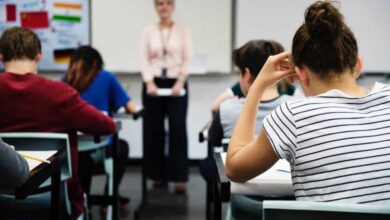 Exam Date For ICAI CA January Has Been Announced, Read Here For Detail